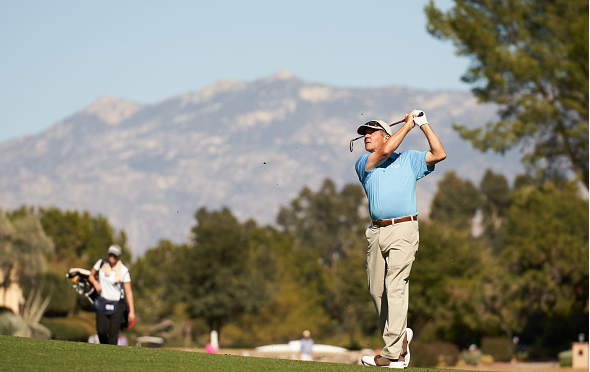 Scott Dunlap and Tommy Tolles each opened with a 65 to share the first round lead at the Cologuard Classic at 8-under par, one clear of Steve Stricker and Mike Small.

Both Dunlap and Tolles signed for blemish-free cards that included eight birdies. 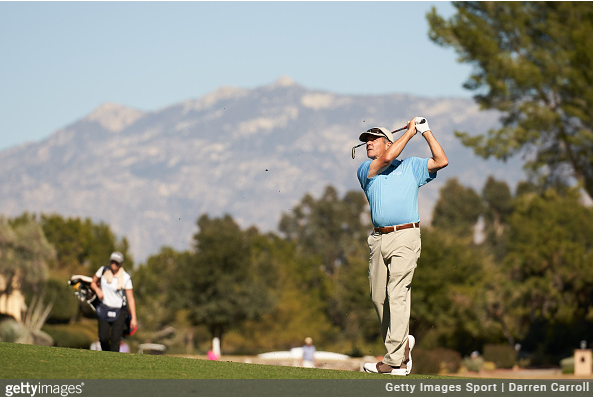 “Today was kind of special to hit it good and make some putts, too,” said Dunlap, who was the 2014 rookie of the year on the Champions Tour.

Tolles is playing his first full season on the Champions Tour after finishing runner up at the senior circuit’s Q tournament in the fall.

“I played really well on the front side and I had a lot of momentum. Made a few birdie putts there to start the back and then the wheels kind of came off midway through the back nine,” said Tolles, who had been running a landscaping business for the past eight years. 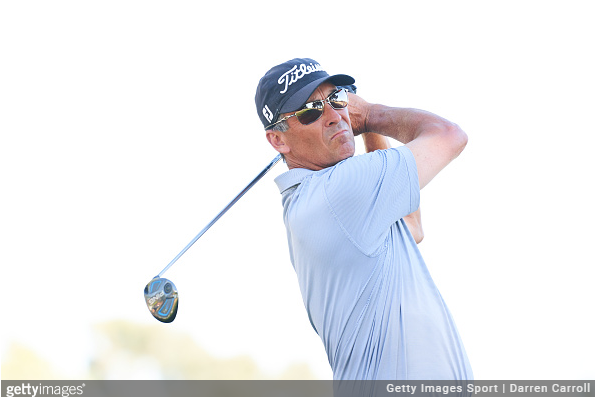 “I was pretty disappointed there because the conditions were really benign. Greens are pretty firm, but for the most part a lot of wedges, and a lot of pins were fairly accessible.”

Stricker, meanwhile, reached 66 by the way of an eagle (on hole No. 2) and five birdies, while Small offset one bogey with eight birdies, including a pair to close.

Small, who is the men’s varsity golf coach at Illinois, is playing on a sponsor’s exemption. He and Stricker were teammates at Illinois (1986-88).

When asked how long he’s known his college friend, Stricker replied, “Since 1985, so 33 years, 32 years. Good guy. We stayed in touch all this time through the years. 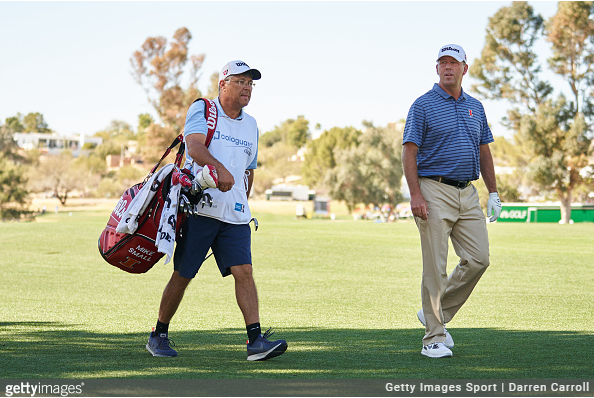 “He’s doing a bang-up job at Illinois in the golf program, and he plays well.

“We’re giving him a spot again at our tournament in Madison to come up and play. He’s a good guy. He still plays great golf and he embodies everything a professional golfer and a good person should be, so it’s cool to see him playing well.”

Gene Sauers was alone in fifth-place at 6-under par. One further back at 5 under was the trio of Bernhard Langer, Billy Mayfair, and Woody Austin.

Defending champion Tom Lehman posted a 2-under 70 to sit T26. Fan favorite John Daly struggled to a 7-over 80.

Colin Montgomerie was disqualified for failing to sign his scorecard after shooting a 78.

“I’ve been out of the routine for seven or eight years, so still trying to learn some sense of a golf swing, some sense of a putting stroke, trying to familiarize myself with all these golf tournaments all over again.”
– Tommy Tolles