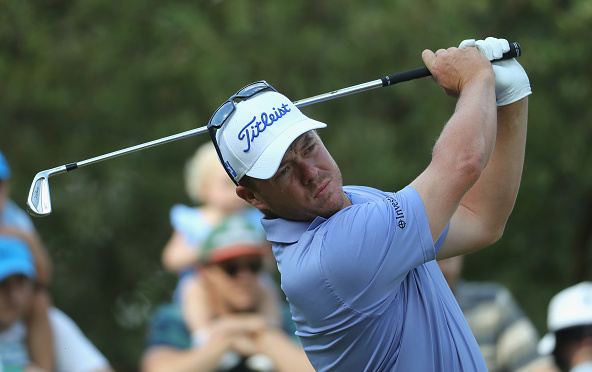 South African George Coetzee posted a 4-under 68 on Saturday and will enter the final round of the Tshwane Open sitting atop the leaderboard at 14-under par, two shots clear of Sam Horsfield and Mikko Korhonen. 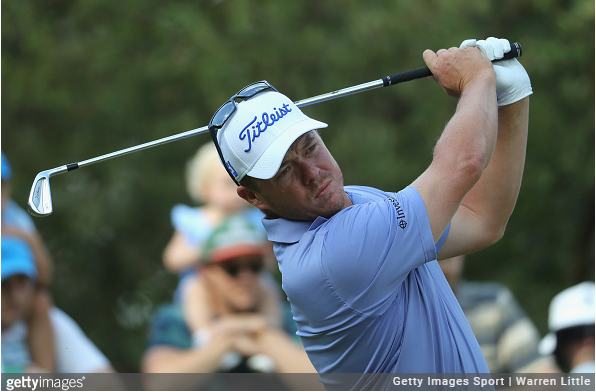 Coetzee, who is a member of Pretoria Country Club, took advantage of the nooks and crannies of the tight par-71 track to sign for a card with five birdies against two bogeys.

“I’m quite happy with the way I played today. The front nine wasn’t that great, I felt like I was trying to control everything but I felt like I loosened up and played pretty nicely from nine onwards.

“Playing in front of a home crowd is what it’s all about. I hope I can do something special in front of all the guys tomorrow.

England’s Horsfield reeled off five birdies in his first eight holes en route to a career-low 64 and a three-day total of 12-under par, good for T2, alongside Korhonen of Finland, who birdied four of his last seven holes to post a 69.

54-hole leader George Coetzee throws a dart on the par-4 15th hole, setting up a tap in birdie.

“Playing in front of a home crowd is what it’s all about. I hope I can do something special in front of all the guys tomorrow.”
– George Coetzee