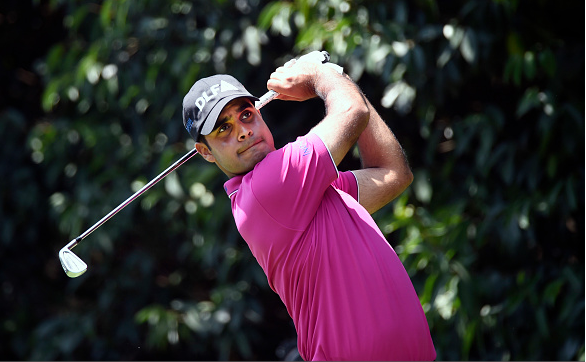 Shubhankar Sharma shot a third-round 2-under 69 and will head into Sunday’s finale of the WGC-Mexico Championship with a two-shot lead. 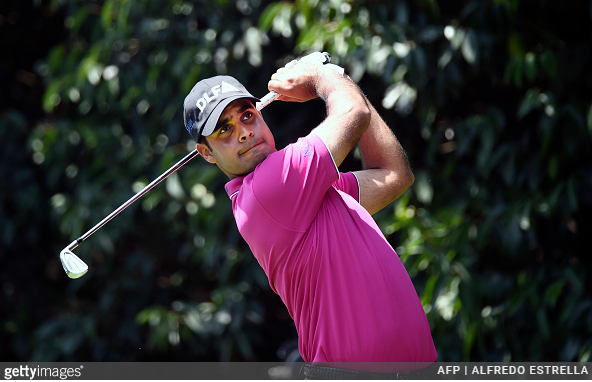 The 21-year old wunderkind from India finished with five birdies, three bogeys and 10 pars – and none more important than the final par on the final hole.

After hitting his approach into a greenside bunker, Sharma thinned his third to 13 feet past the hole. But once again the young Indian met the challenge and rolled it in for par to maintain the same two-stroke advantage he started with 18 holes ago.

“Obviously a dream come true for me to be playing in this tournament and obviously leading… that’s just fantastic,” said Sharma, who has won twice already in his rookie season on the European Tour (JoBurg Open and Maybank Championship).

“Really happy with the way I played today, stuck in there. Obviously made a few mistakes on the greens but the greens are tough this week so I think everyone’s making a few mistakes. So I wasn’t too hard on myself.”

England’s Tyrrell Hatton shot a 64 to move into a share of second, alongside American Phil Mickelson and Spaniards Sergio Garcia and Rafa Cabrera Bello at 11-under par.

Mickelson shot a 65, while Garcia and Cabrera Bello signed for 69s.

“I felt like I played quite well. Obviously not as well as I played yesterday, which is not easy to do, but overall under the conditions, it was tricky today,” said Garcia.

Dustin Johnson, Pat Perez, and Brian Harman each posted a 68 to join Xander Schauffele (70) at 10-under par.

Rounding out the top 10 was last week’s Honda winner, Justin Thomas, who shot a course record 62 and will enter Sunday’s final round just four off the lead.

“Obviously a dream come true for me to be playing in this tournament and obviously leading… that’s just fantastic.”
– Shubhankar Sharma