Justin Thomas shot a final round 3-under 68 at Quail Hollow Club to capture the PGA Championship – his first major title, and fourth win of the season. 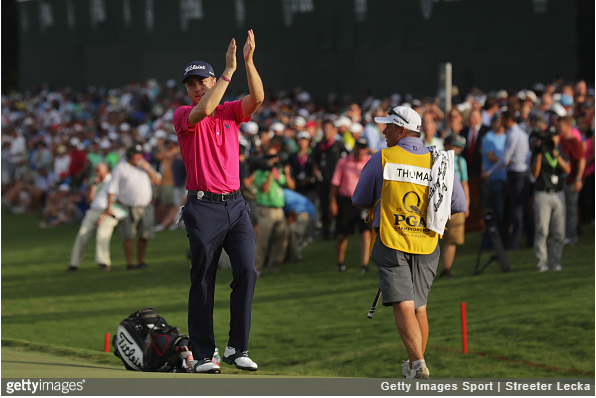 The 24-year-old started out with a bogey, and added another one on the third, but after that Thomas was lights-out with five birdies, including two on the back nine’s par 3s (13 and 17) to finish at 8-under par.

The victory earned the Kentucky native $1,890,000 and 600 FedEx Cup points, moving him into the second spot in the standings, while knocking good friend Jordan Spieth to No. 3.

With his fourth trophy of the season, Thomas is now one up on Matsuyama, Dustin Johnson, and Jordan Spieth for season’s most – and the front-runner for player of the year honors.