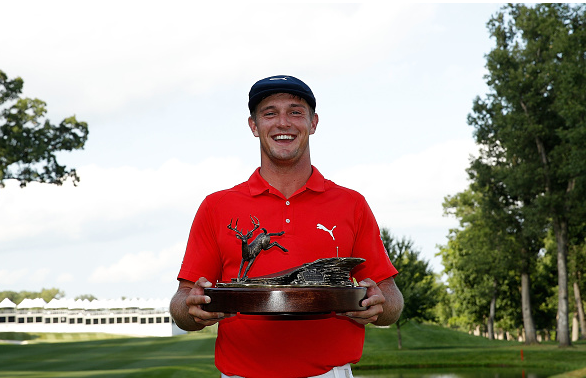 Bryson DeChambeau fired a 6-under-par 65 on Sunday to capture his first career PGA Tour victory at the John Deere Classic.

The former SMU star got off to a slow start, and was 1-over after seven holes. But then a birdie on the 8th hole had DeChambeau back to even at the turn, and from there it was lights-out.

On the back-nine, the 23-year-old ripped off three sets of back-to-back birdies for a total of six to edge 54-hole leader Patrick Rodgers by one shot.

As part of the Open Qualifying Series, the win earned DeChambeau the final invite to this week’s British Open at Royal Birkdale. He also won a spot in next month’s PGA Championship at Quail Hollow.

The former U.S. Amateur champion (2015) also receives a two-year PGA Tour exemption and automatic spots in most of the Tour’s 2017-18 big events and invitationals, including the SBS Tournament of Champions, the Masters, and THE PLAYERS Championship.