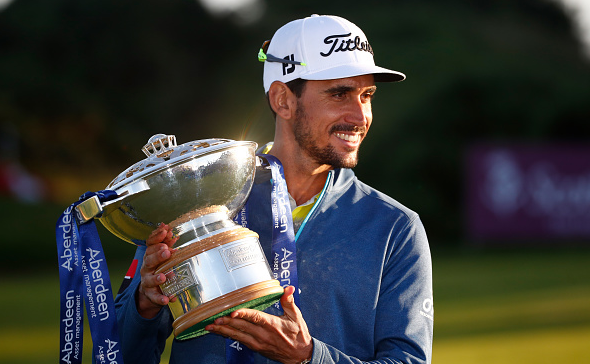 The weekend is over, and four new winners were crowned on the four major professional golf tours.

On the PGA Tour, Bryson DeChambeau won for the first time in his career at the John Deere Classic. Scott McCarron took home the Senior PLAYERS Championship on the senior circuit.

On the LPGA Tour, South Korean rookie Sung Hyun Park finally felt the thrill of victory as a professional. The budding superstar won the U.S. Women’s Open at Trump National.

And finally over in Scotland, on the European Tour, Rafael Cabrera Bello posted a course-record 8-under 64 to edge England’s Callum Shinkwin in a playoff and win the Scottish Open at Dundonald Links.

Now onto the rankings.

The USGA trophy is the best of the four, and by a long shot. It’s a classic design, and just the right size.

The Scottish Open trophy would look a heck of a lot better if it lost the dangling blue ribbons. Overall, the trophy is a sturdy classic.

The Deere is a unique trophy design, with some fans loving it, while others hating it. We’re in the middle somewhere – not great, but not a total mess. We do prefer the more classic design.

The worst of the four awards is the Senior PLAYERS trophy. By a mile. The glass vase-looking trophy looks as if it was grabbed off a shelf at Home Goods.