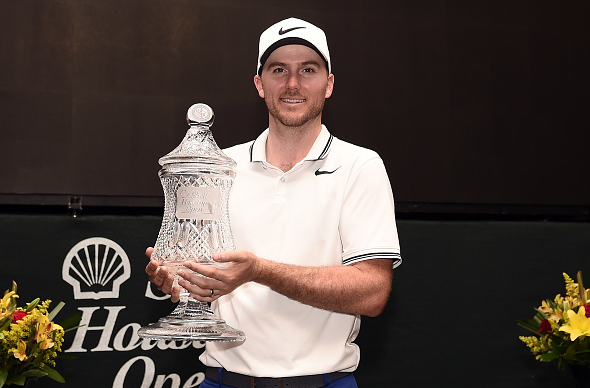 Russell Henley shot a final round 7-under 65, aided by 10 birdies, to win the Shell Houston Open, and earn the final spot in the field at the Masters.

Henley entered Sunday’s final round in third place at 13-under, four shots behind 54-hole leader Sung Kang of South Korea. But the 28-year-old Henley came out of the gate fast, dropping 5 birdies over his first eight holes, and then pulled away on the back nine to finish at 20-under, three shots clear of Kang (-17). Luke List and Rickie Fowler tied for third at 16-under-par.

It was the former University of Georgia star’s third career PGA Tour victory. In addition to the Masters invite, the win also netted Henley a cool $1.26M and 500 FedEx points.