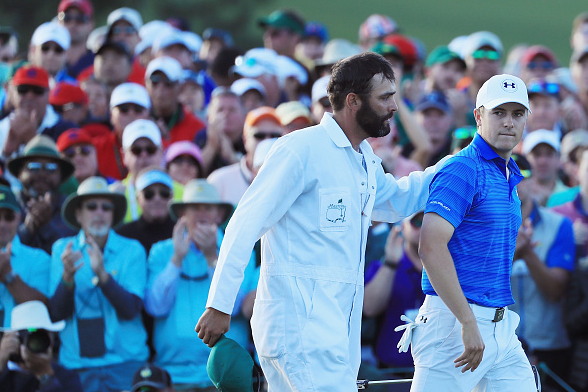 The 81st edition of the Masters will officially kick off tomorrow with the first of three scheduled practice rounds at Augusta National Golf Club. To begin the hype of a “tradition unlike any other,” here’s a round-up of some fantastic feature stories, previewing the 2017 Masters Tournament.

“It’s The Coolest Place On Earth”

The beauty, of course, will remain, but the solitude will give way to excitement starting Monday, when official practice rounds for the 81st Masters get under way. Until then… a steady procession of the world’s top golfers are taking advantage of brilliant weather and a golf course basked in a priceless aura.

“I play golf almost every day of my life,” said Webb Simpson, the former U.S. Open champion, “but no place invokes the feelings that you have for this place.”

Qualified for a sixth Masters, Simpson drove down from his home in Charlotte, N.C., for an early-morning practice round all by himself. As he strode down the plunging fairway on No. 10, he embraced a feeling that never gets old. “You drive down Magnolia Lane and it’s like tunnel vision of the Clubhouse,” Simpson said. “Then you get out here and you know you’re at Augusta, the coolest place on Earth.”

The sky above him is steely, threatening the inevitable daily South Florida shower. The breeze is slight but determined, rippling the sea of flags across the PGA National property. Behind him, the driving range rings with the pings of a dozen lunch-break heroes emptying buckets full of fluorescent yellow balls.

McIlroy is considerate of questions posed to him. He doesn’t respond impulsively to appease himself or others. He cares about his words, certainly these words, issued in response to a question every elite golfer dreams to answer — because as the question hangs in the air, so does a certain brand of validation.

After a brief reflective pause, McIlroy reveals whether his closet could possibly feel full without a green sport coat, pantone 342 on the color wheel, woven of thread from Dublin, Georgia — the Masters Tournament green jacket.

Spieth Looks To Fight Off Demons Of Spectacular Collapse

If afforded an each-way Masters bet to save your life, there would be no cause for deliberation. Jordan Spieth finished tied second on his Augusta National debut in 2014, returned to win the opening major of 2015 and, despite an epic, painful collapse last year, showed enough resolve to play the closing six holes in one under par to be joint runner-up.

Leading sportspeople insist career lows resonate far more than the ultimate highs. If that is the case, Spieth’s stumble from a seemingly unassailable position of five shots in front of the 2016 Masters field provides motivation that will be hard to match.

In golf, players lose considerably more times than they win; the difference with Spieth is that not a soul who watched him march from ninth green to 10th tee could foresee what would happen next.

Technology won’t necessarily help Dustin Johnson, Jordan Spieth or any other contender win the Masters, but it will provide fans unprecedented access and insight into the year’s first major.

Tech giant IBM, a longtime sponsor of the Masters, has tapped into new uncompromising advancements that it expects will enhance this year’s experience. Masters.com has evolved into a platform intended to appeal to multitasking, information-demanding golf fans.

John Kent, IBM’s technology manager of worldwide sponsorship marketing, spoke exclusively to WFAN.com in a phone interview in which he gushed over the “big enhancements this year.”

Letter-Writing, A Tradition That Continues For Champion Golfer

Danny Willett knew the winner of the Masters Tournament received a green jacket among his many perks.

What he didn’t realize was that he would receive congratulatory letters from so many greats of the game.

“They are the kind of things when you’re a kid that you don’t realize, you don’t expect,” Willett said.

Fellow Masters champions Jack Nicklaus, Gary Player, Nick Faldo, Ian Woosnam and Sandy Lyle were among those who wrote Willett, but the letter he received from Arnold Palmer stood out. The four-time champion died in September, making the letter to Willett the last he wrote to a reigning Masters winner.