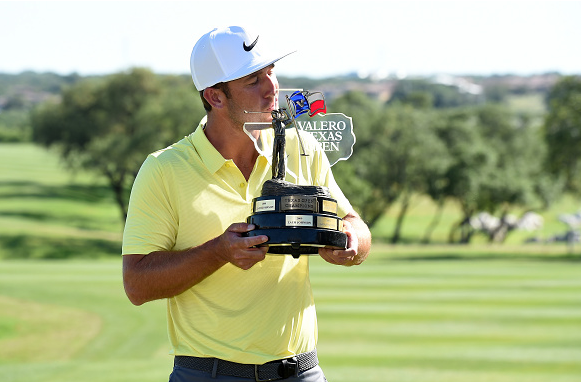 Kevin Chappell drained an 8-foot birdie putt on the final hole at TPC San Antonio to win the Valero Texas Open by one stroke over Brooks Koepka. It was Chappell’s first PGA Tour victory.

Chappell posted a 4-under 68 on Sunday to finish at 12-under for the tournament. Koepka, had the best round of the day, a 7-under 65, and finished solo-second.

Tony Finau, who was a co-leader after 36 holes, posted a 3-under 69 on Sunday to finish in third along with Kevin Tway at 9-under-par.

Rounding out the top-5 was Aaron Baddeley, who posted a final round 68 to finish at 8-under-par.

With the victory, Chappell takes home $1,116,000 in prize money and 500 FedEx Cup points – which moves him into the 20th spot on the Money List, and 21st in the FedEx Cup standings.