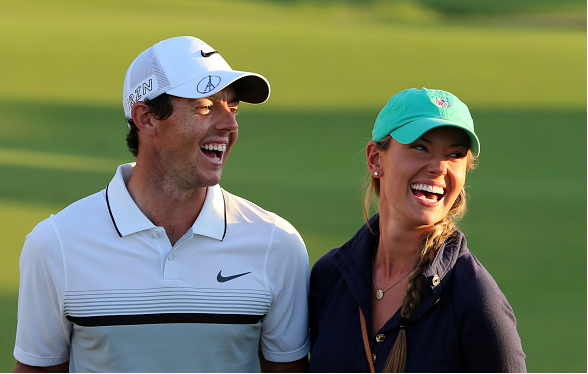 Rory McIlroy married his fiancée Erica Stoll at Ashford Castle in Co. Mayo, Ireland earlier today, according to a post at the Golf Transcript.

Ashford Castle is being described as an “exclusive 350-acre estate,” that was the setting for the 1950s movie ‘The Quiet Man’ starring John Wayne and Maureen O’Hara.

Stoll, 29, reportedly met McIlroy, 27, at the Ryder Cup in 2012 when she was working for the PGA of America. The two didn’t start to date until three years later, in 2015, after McIlroy broke off his engagement to tennis star Caroline Wozniacki.