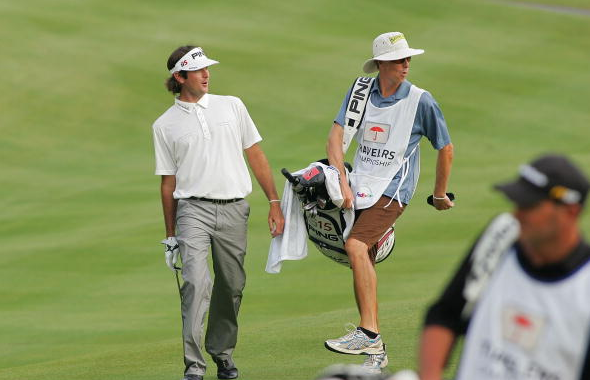 When Bubba Watson won the 2010 Travelers Championship at TPC River Highlands, he was a 31 year-old with 0 PGA Tour wins. Six years later, Bubba is now considered one of the best and most popular golfers in the world, with 9 PGA Tour victories, including 2 wins at the Masters.

Here’s a flashback to one of the shots that helped launch Bubba’s career.

In overtime with Corey Pavin and Scott Verplank, Watson nails his approach shot to about 6 inches for a birdie on the 18th.

Bubba Watson won his first event on TOUR at the 2010 Travelers Championship. This is the shot that helped him do it. #TOURVault

For historical purposes, Verlplank went on to birdie as well, while Pavin was knocked out. Bubba beat Verplank on the next hole, No 17. (Bubba then went on to finish second in the PGA Championship, and made the 2010 Ryder Cup team.)