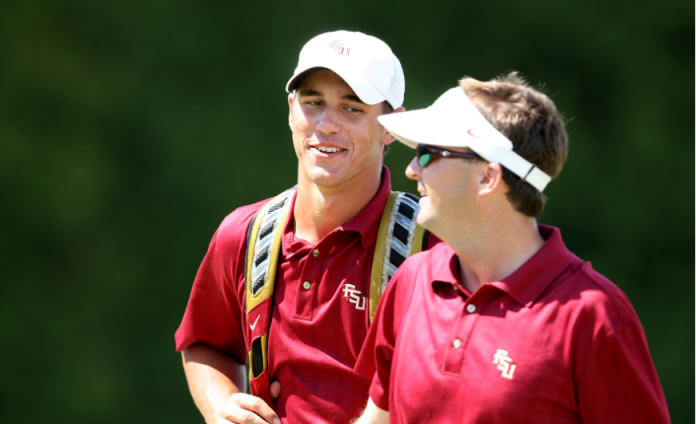 Not once did Brooks Koepka look rattled throughout the U.S Open this weekend. Koepka’s power carried him silently to the top at Erin Hills, as he shot all four rounds under par and tied Rory McIlroy for the lowest score to win a U.S Open at 16-under.

Seminole’s coach, Trey Jones, was on hand Sunday night at the College World Series to comment on his former three-time All American’s historic performance.

Moments after @BKoepka won the U.S. Open, his former coach @CoachTreyFSU was interviewed during the #CWS. pic.twitter.com/N8uFajeaH1

The 27-year-old can now add a U.S Open Championship to his lengthy list of collegiate accolades. With the power, precision, and demeanor he showed this weekend, Koepka looks to fully assert his dominance on tour, just as his friend, Dustin Johnson did only a year ago.