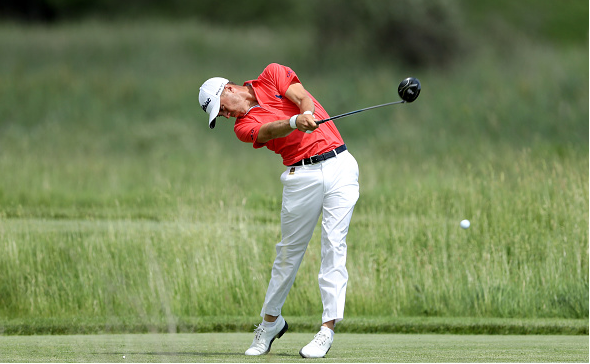 While Sunday was undoubtedly the best day of Brooks Koepka’s life, it is one that Justin Thomas would much prefer to forget.

Thomas was on top of the world Saturday, after a record-breaking 9-under 63, which included nine birdies and an eagle, highlighted by what may go down as the greatest 3 wood shot in U.S. Open history.

The unfathomably great round vaulted Thomas from 2-under to 11-under, and into what every young golfer dreams about: a spot in Sunday’s final pairing of the United States Open.

That dream, however, quickly turned into a nightmare, as Thomas bogeyed three of the first five holes, on his way to a 3-over 75, which dropped him into a tie for 9th.

Awesome experience being in the final group today, bummed I didn't play better, but man did @BKoepka earn that W. Congrats bro!

“I felt like it was the lowest I could have shot. I just didn’t have it today, but it made me feel a lot better seeing Brooks shoot 5-under. I would have had to play some pretty spectacular golf to catch him. Anytime you don’t win, it stings. But if 12 or 13 under would have won, it would have hurt really bad.”
–Justin Thomas