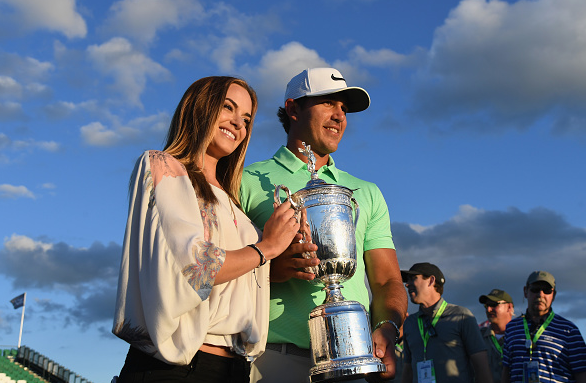 For the most part, Joe Buck has received high marks for his recent work as the lead broadcaster for FOX’s U.S. Open coverage.

Largely associated with Troy Aikman, Buck teamed up with Paul Azinger and Brad Faxon this past week, and successfully transitioned his aesthetically-pleasing cadence from pro football to pro golf.

Unfortunately, however, like a near-champion golfer who holds the lead all week and then misses the clinching putt on the 72nd hole, Buck is likely to be remembered for the error he did make.

Moments after Brooks Koepka finished his final round and wrapped up his first U.S. Open title, Koepka walked off the green and embraced those closest to him, including a kiss with his girlfriend.

The next morning, Buck appeared on Dan Patrick’s radio show as part of what he called “the apology tour for getting the week-old girlfriend wrong” and to say, “sorry world.”