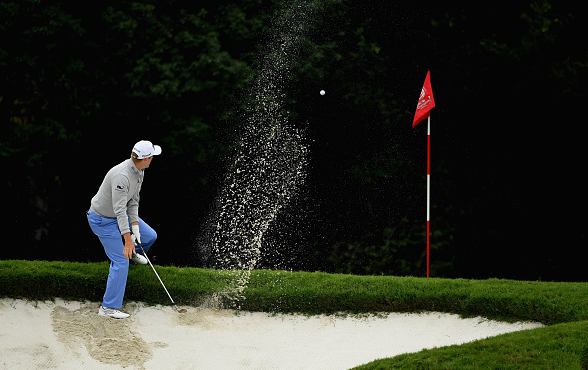 Russell Knox is the defending champ at the WGC-HSBC, and the Scottish star finds himself near the top of the leaderboard at 10-under after two rounds.

During yesterday’s windy and cold conditions in Shanghai, Knox fired a 4-under 68, thanks to 5 more birdies – giving him 11 for the tournament.

Knox’s only blemish of the day came on the par-4 3rd hole, where the 31-year old carded a bogey 5 after landing in a greenside bunker. But while it was Knox’s only bad hole of the day, it made for the best series of photos for Getty’s Ross Kinnaird.

You could say that Kinnaird made tasting lemonade out of Knox’s lemon.