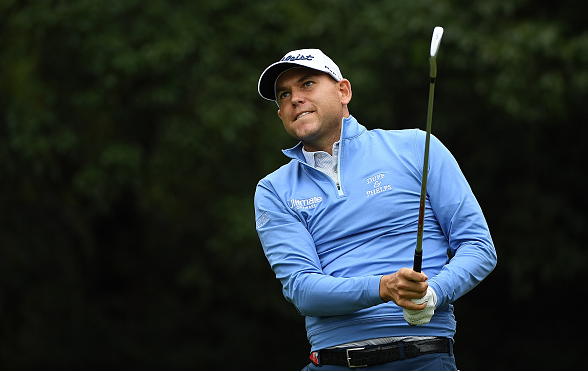 The conditions in Shanghai for play of the WGC-HSBC have been windy and rainy, and yesterday, during round one, the weather got even worse.

Following their play of 18 holes at Sheshan International, many of the top players commented on what it was like to play in such conditions.

Here’s a roundup of some of the best commentary.

“You know, it was very tricky out there, so a lot of half-shots, a lot of what you just saw on 18, taking a club extra, or maybe two extra, and hitting half-shots and trying to take the spin off it, and most importantly, control the trajectory. It was a very, very blustery day…

Certainly that wind was strong. Yesterday was in a cloud, and today was just up in the clouds and windy and who knows what the rest of the week holds for us. Hopefully, it would be really nice, if we could get a break for us, not just for us but for the crowds, as well. We get great crowds out here in Shanghai every year, and we’d love for it to be a nice, warm day for them.”

“It’s windy and it’s tricky and it’s cold. But the course is so soft, so it’s very receptive and wherever the ball hits it, that’s basically where it stops.

So it makes it a little easier in that regard, but still, you’ve got to go out and play well. It’s going to be — I think the wind is supposed to stay up over the next couple days. It might get a little chillier and hopefully stay dry, but if the wind is like this, hopefully that bodes well.”

“It’s just you have to really be conscious of the wind. It was gusty at times. It seemed like the ball — it’s cooler, a little bit of a mist. The ball wasn’t going very far anyway, so the holes into the wind played very tough today…

“Conditions were extremely difficult. I played well. I had a couple chances there at the end, which I would have loved to have made, but it was hard out there. Every shot was very difficult towards the end there when it started raining. Thrilled with 4-under…

It was tough out there today. It was hard to get where the wind was. It felt like every hole it was completely different. That’s what makes this course so fun to play.

It was very challenging. And then it started to kind of mist and rain; it got very long. The course played long.

I was a little cold but I’m built for this. Man, this is — as much as I would say I don’t enjoy playing in this, I’m good at it. So I hope it’s like this on the weekend.”