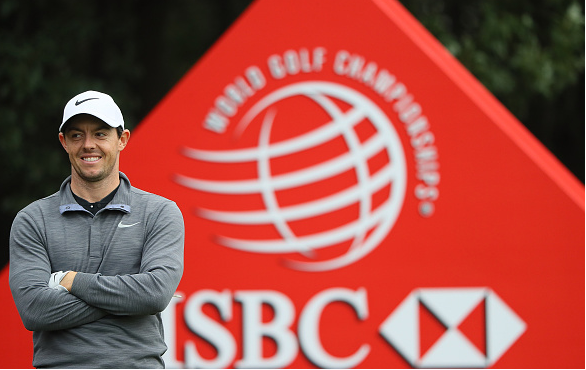 Two of Srixon’s biggest stars are Hideki Matsuyami and Russell Knox. And both sit in positions 1 and 2 after the second round of the WGC-HSBC Champions, giving the Japanese golf ball maker a big win for the day in the branding exposure.

Srixon is also the owner of the Cleveland Golf, and Matsuyami and Knox both have the Cleveland logo placed on their hat’s side area.

As two of the top leaders after 54-holes, Knox and Matsuyami were part of the post-round press conferences, getting Srixon (and Cleveland) even more exposure.

Paul Casey continued his hot play and is at 7-under, tied for 7th with his fellow Nike teammate, Rory McIlroy – who fired a second-round 66. The daily videos and Twitter memes all highlighted Rory’s lights-out round, which exposed the Nike logo very prominently.

The Nike duo, as part of the Top 10, also took part in the featured press conferences, both showing off the Nike swoosh on their outerwear.

This gave Nike a second consecutive big day in earned media, and is the leader for the tournament.