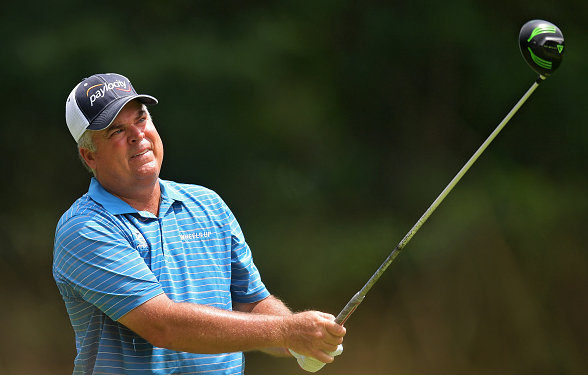 Mike Goodes and Kenny Perry posted matching 65s on Friday and share the lead after the opening-round of the 3M Championship. 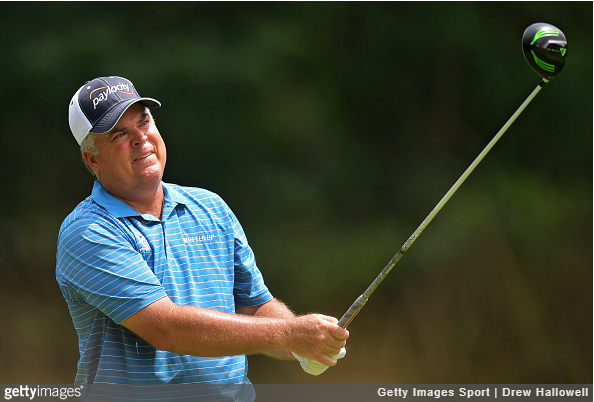 Perry, who is a two-time winner at TPC Twin Cities, got off to a sizzling start with six consecutive birdies and another one on nine to make the turn at 29. But the reigning U.S. Senior Open champ cooled off on the home stretch with seven straight pars, and a bogey-birdie finish.

“Pretty neat to have something in your career after all these years that you’ve never done, to be able to do, open up with six in a row. What a way to start,” said Perry. “Then I birdie the ninth to shoot 29 and I’m starting to think crazy, I’m starting to think 59 and all these crazy numbers. The ball was going in the hole super fast, and it stalled out on me on the back nine.”

The 60-year-old Goodes, meanwhile, signed for a bogey-free card which included seven birdies.

“I played real nice. Essentially I putted for some type of a birdie every hole, an eagle on the last hole. I hit the last green in two. Really was hardly ever in jeopardy of making a bogey,” said Goodes.

A group of four are tied for third at 6-under 66, including Scott Verplank, Marco Dawson, Jay Haas and Gene Sauers.

Defending champion Joe Durant, along with Colin Montgomerie, headline a group of five tied at 5-under 67.

“Like I said, I started thinking crazy, I started thinking 58, and I think that’s what got in the way, I really did. I started trying too hard instead of letting it happen like it did on the front nine. I really wasn’t thinking too much about it and just hitting golf shots A to B and all putts were going in. It’s funny how mentally the game will get in the way. You can get in your own way pretty fast.”