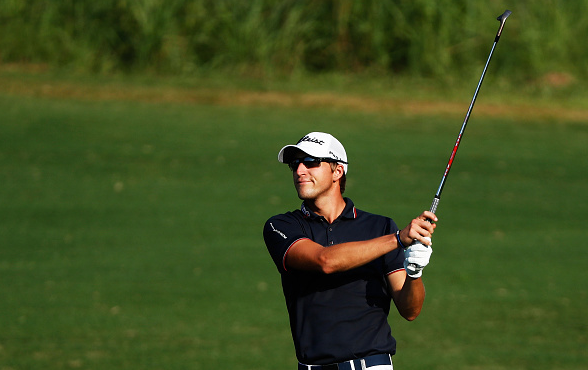 Richy Werenski eagled the final hole on Friday at Montreux Golf and Country Club, and heads into the weekend with a two shot lead at the Barracuda Championship. 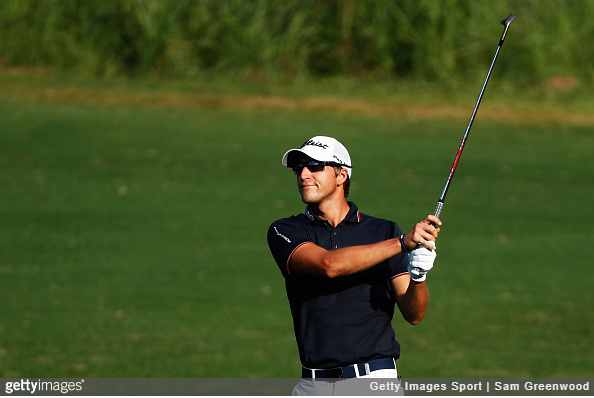 Werenski coupled accuracy off the tee with lights-out putting to shoot the day’s best score of 15. The rookie from Springfield, Mass hit all 14 fairways and stroked the putter just 25 times.

The highlight of the Baystate native’s round came on the final three holes where a birdie, bogey, eagle finish added three colors to the card, and six important points to the total.

“Yesterday I struggled on the par-5s off the tee box, and I told my caddie, I said, ‘we’ve got one goal today and the rest of the week: Hit every fairway on the par-5s, try to give ourselves a chance,'” said Werenski, who leads the field this week in Total Putting. “Hit 18, hit a good 6-iron in there and made a good putt. Putted really well today, so I’m happy.”

Two back of the 25-year old Werenski is Australian veteran Stuary Appleby (10), who birdied three of his final six holes to get to 24 points.

“To get 10 points today was nice because I certainly got — when I got to the first tee, that would have been a dream. Made the cut, and we’ll just see what can happen,” said the 46-year-old Aussie. 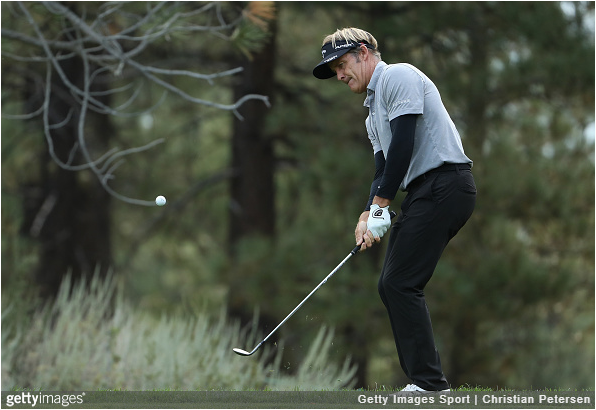 The 32-year-old List, who sits comfortably at 42 in the FedExCup standings, would move in to the exclusive Top 30 (East Lake) with his first career win.

“I’m in a really nice position. I feel like it’s a spot where I can kind of gear up for the Playoffs, so I just kind of winged it for the rest of the 27 holes there, and I was fortunate to make some birdies,” said List, who is one of the Tour’s longest hitters.

Derek Fathauer (14) is alone in seventh place with 21 points, while four players round out the top 10 with 20 points.

Some of the first round notables struggled badly on day two, and dropped far off the leaderboard’s first page.

First round leader John Huh was one of those who came up (nearly) empty on day two at Montreux. The 27-year old, who posted a best-round 15 on Thursday, could only muster a single point on Friday, following a round of three bogeys and two birdies. The ugly performance dropped Huh from first to T19.

Also at T19 with 16 points is former PGA Champion Davis Love III, who posted a disappointing five-point round with four birdies and three bogeys.

Defending Barracuda champion Greg Chalmers lost four points on the final two holes (double-bogey, bogey) to finish empty (0) on the day and drop of 44 spots down the leaderboard (T10 to T54).

A win at the Barracuda is worth 300 FedEx Cup points, while second carries 165 points. The last spot for the Top 125 (Northern Trust) at the moment is Cameron Tringale with 331.

Pride and Appleby, even with a win, would be several spots short of the Top 125 for the playoffs, but would be inside the Top 150 to secure their Tour cards for the 2017-18 season.

“I mean, obviously it’s only Friday. I’m just going to take confidence away from this. I know I’m playing good. Game feels solid, and honestly I feel like it can be a lot better. I putted really good today, but if I can strike it just a little better this weekend, I think I’ve got no problem.”