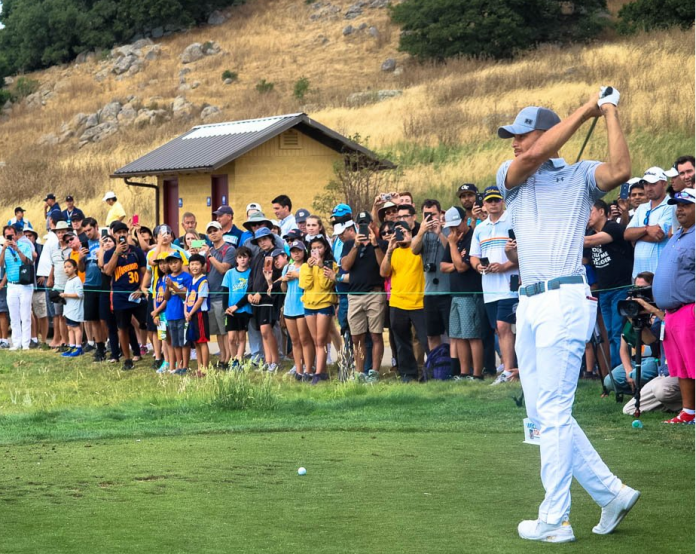 Stephen Curry shot a second consecutive 4-over 74 on Friday at TPC Stonebrae in the Web.com Tour’s Ellie Mae Classic. Despite another impressive performance for the two-time NBA MVP, his two day total of 8-under left him at T148 and 11 shots back of the cut line. 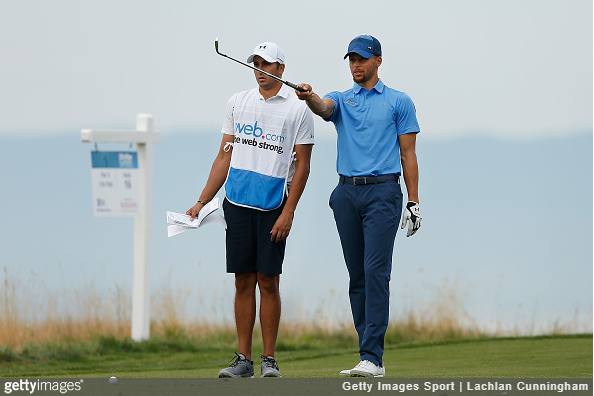 Curry had a tough start on Friday, with bogeys on two of the first three holes, and two more at 6 and 8 to make the turn at 39. It appeared a dreaded 8-0 was in the making, but the 28-year old Curry settled himself down and played to even-par 35 on the closing nine with a pair of birdies and bogeys.

Afterwards, Curry was upbeat, and called it an “unbelievable” experience.

“Obviously to shoot even par on the back, tried it keep it together after a shaky bogey start, or bogey-filled start was definitely a proud moment. No doubles today either, so I’ll take that,” said Curry. “Staying consistent, hitting decent shots and making a couple putts. Two birdies was good. Everything was just an unbelievable experience. To shoot two 74s, I’ll take that.”