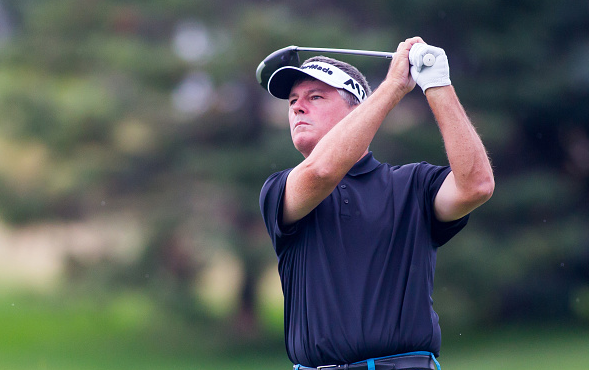 Paul Goydos and Gene Sauers shot matching 66s in the final round of the 3M Championship to finish tied for the lead at 20-under. 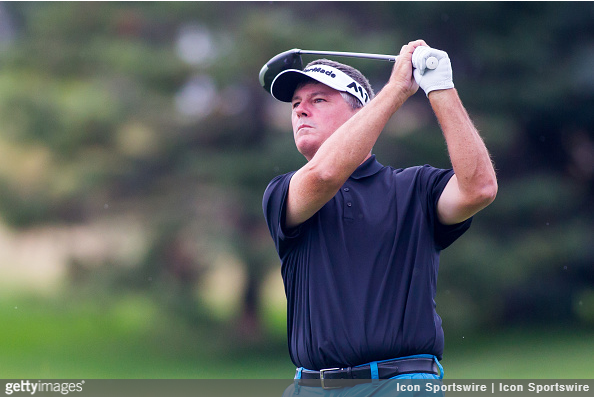 Goydos, though, was a shot better in the first playoff hole, and captured his fifth career Champions Tour title at TPC Twin Cities.

“Yeah, they’re all special but the last one always seems to be the most special, I don’t know why the math works out that way,” joked Goydos.

Playing the 18th as the first playoff hole, Sauers came up short on his approach, and landed in the lake that guards the green on 18.

Goydos nearly did the same, but cleared the water’s edge by about two feet, and two-putted for the win.

Afterwards, a relieved Goydos said he didn’t “quite catch” his 4-iron, and if he had to do it over, he’d have used a 3-iron to be safe.

“I thought it would have carried by more than it did. It may have been a function of the heavier air and the coolness and whatnot, but I thought it was over when I hit it. But it’s a tough spot,” explained Goydos. “I think if I think back I might have even hit one more club to be safe. I remember a couple years ago Kenny Perry flew it into the grandstand, which wasn’t a bad thing.”

Kevin Sutherland shot 64 to finish tied for third at 18-under along with Steve Stricker (66) and Brandt Jobe (67).

Scott Verplank finished alone in sixth at 17-under, following a final round of 66.

Wes Short, Jr. shot a low-round of 10-under 62, and led a group of four players at 16-under, including Kenny Perry, who surprisingly struggled to a 70 on Sunday.

“Just wasn’t a good day for me, just the bottom line, I just didn’t have it. I didn’t putt well. I drove it okay and I hit my irons okay, I just never could get the ball in the hole, bottom line,” said a frustrated Perry.

“But to come here, like I said a few times, this event, it’s a community event. You see the same people all the time, you see the lady with the brownies and the cookies on the fifth hole and whatnot, you see the same marshals and some guy who played with me in the pro-am last year is taking credit for the win. You get to see the same people all the time, which is nice and 3M does a great job with community backing of the event. Big crowds out here, golf course is in great shape. It’s a fun place.”