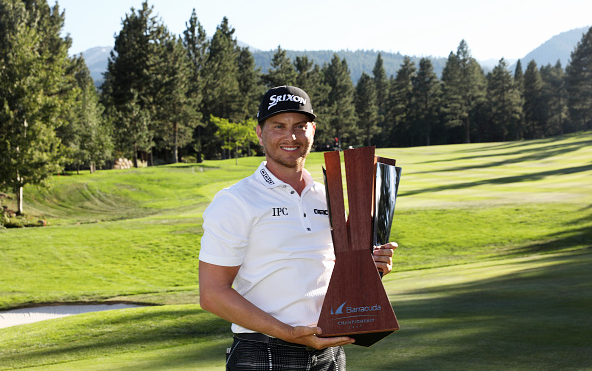 Chris Stroud exploded for 20 points in Sunday’s final round at Montreux Golf and Country Club to finish with 44 points, and a share of the lead at the Barracuda Championship. 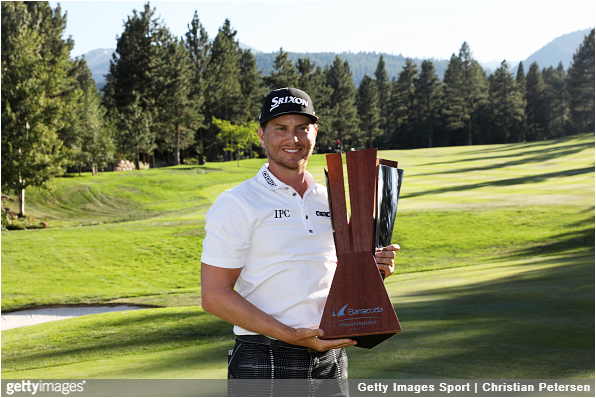 On the second playoff hole, Stroud beat rookie Richy Werenski with a birdie to capture his first victory on the PGA Tour.

Greg Owen, who also finished with 44 points, was eliminated on the first extra hole.

Afterwards, Stroud said that he put an old flat stick (a counter-balanced long putter) back in his bag, and cited it as a reason for his improved play.

“It just really helps me release the putter,” said Stroud, who won on his 290th PGA Tour start. “And when it does that, it keeps me very still. At the end of the day, I played beautifully. I had some really nice little bounces that I hadn’t been getting in the last few weeks and capitalized on them, made some good birdies.”

Stroud also noted a text he received from his father that gave him a boost of confidence heading into the final round.

“My dad sent me a text last night, he goes, ‘Hey, I don’t want to get in your way,’ he said, ‘But this is a good format for you. You’ve been making a lot of birdies. Just go out and make as many as you can, see if you can make a couple of eagles,’” Stroud said. “And sure enough I made two eagles on the weekend.”

And while the victory doesn’t include a spot in next year’s Masters (as a standard Tour win does), it did get the 35-year old a last minute tee time in this week’s PGA Championship in Charlotte.

“I got my two baby girls — I was planning on going home because I wasn’t in the PGA Championship, going home to Houston and hanging with them for a week. But now I get to play Quail Hollow, which is an awesome, great golf course,” said Stroud.

“My phone is dead from all the text messages coming in. That’s a good problem. I’ve gotta go charge that. Call my wife. I know she’s freaking out at home.”