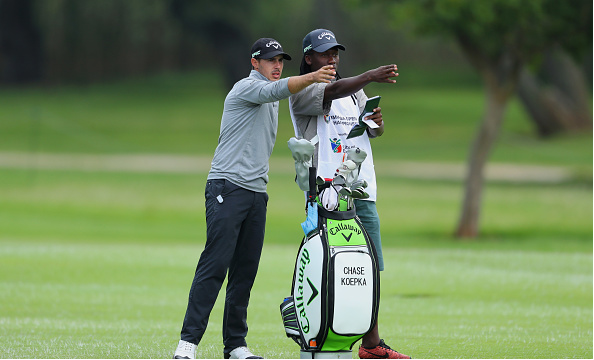 Branden Grace and Chase Koepka posted matching 7-under 65s in the opening round of the BMW SA Open Championship, and share a one-shot lead after 18 holes at Glendower Golf Club. 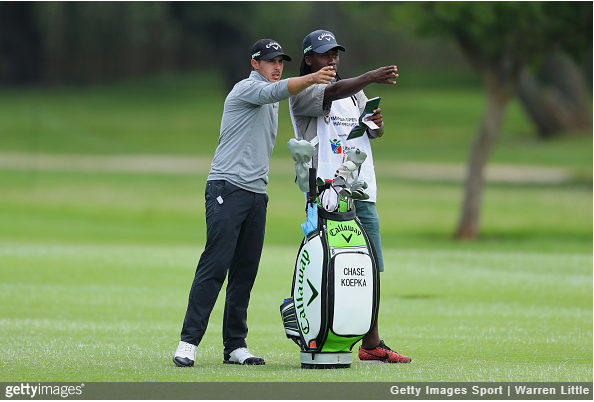 Koepka’s round included two bogeys, one eagle, and seven birdies, highlighted by a stretch of three straight, and four over five holes (12, 13, 14, and 16), en route to the day’s low-round.

“It was great. I think I played flawless, except for the second shot on the first hole,” said Koepka, the younger brother of reigning U.S. Open champion Brooks. “I hit a poor shot there and saved it with a 12-footer for a bogey. I made eagle on the second hole and kind of kept it going from there.

“Inside 150 yards, I was really good today. I didn’t have too many shot from inside 150, but every one that I had, I was hitting them close.”

Grace, meanwhile, signed for a scorecard with three birdies, two bogeys and a hat trick of eagles (2, 8, and 15), to tie the rookie Koepka for the first-round lead.

England’s Chris Paisley is one back at 6-under 66, following a round of seven birdies against one bogey.

Former Masters champion Charl Schwartzel turned at 1-over 37, but reeled off five birdies down the stretch to finish with a respectable 3-under 69. Defending champion Graeme Storm struggled to a 3-over par 75.

“The putter was really hot on the front nine and then I had a bunch of short putts on the back nine which helped a little bit.”
– Chase Koepka