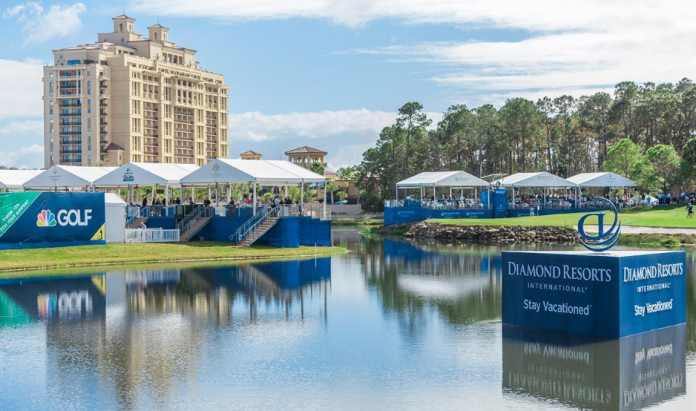 The Diamond Resorts Invitational, a pro-am golf tournament, is a Challenge Series event played on the Champions Tour. The popular event is contested at Tranquilo Golf Club at Four Seasons in Orlando, Florida to benefit the Florida Hospital for Children.

Player Focus: Retired U.S. Army Cpl. Chad Pfeifer, who has pursued a professional golf career despite losing his left leg to an IED explosion in Iraq, is a three-time winner of former President George W. Bush’s Warrior Open and has won multiple national and international amputee tournaments. Pfeifer is the first U.S. Army veteran amputee to compete on the Web.com Tour and is a Diamond Resorts Celebrity Ambassador.

The tournament will be contested under a Modified Stableford scoring system awarding six points for eagle, three for birdie, one for par, zero for bogey and minus-two for double bogey and higher.

Diamond Resorts International® (Diamond Resorts) is a worldwide leader in the hospitality and vacation ownership industries with a network of more than 370 vacation destinations located in 35 countries throughout the continental United States, Hawaii, Canada, Mexico, the Caribbean, South America, Central America, Europe, Asia, Australasia and Africa.

The tournament has raised more than $2.3 million for Florida Hospital for Children since 2013.

Florida Hospital for Children is one of the premier children’s hospitals in the nation, setting standards for innovation, quality and comprehensive care.