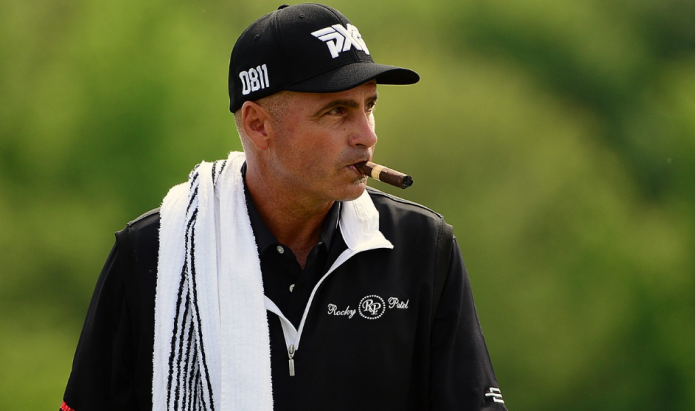 Rocco Mediate, the reigning Senior PGA Champ, sat down with the PGA Tour media for one of those quick ‘Get to Know’ type segments, as part of promotions for the Bass Pro Legends (the best Champions Tour event on the schedule).

Mediate, a six-time winner on the PGA Tour, but who is probably best known for losing to Tiger Woods at the 2008 U.S. Open, was given seven questions, including his dream foursome, his favorite golf course, and his most-played iTunes song. (Spoiler alert: Q & As below.)

1. Favorite thing about being a pro tour golfer?

Arnold Palmer’s advice – always look people in the eye when you speak to them, and give them something back… don’t ever look down.

Aim and shoot, on the course and in life.