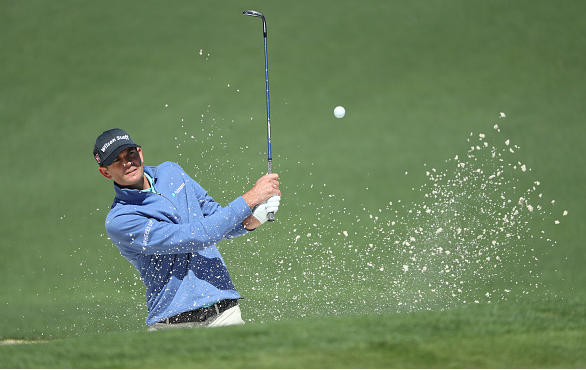 The PGA Tour is back in Texas for the Valero Texas Open. This event is the third oldest PGA Tour tournament and was first played, way back, in 1922.

The field will be competing at TPC San Antonio, which is a par-72 that plays 7,435 yards.

To go alongside our 5 power picks, here are the 5 sleepers for the week.

Steele is in his 7th year on the PGA Tour and is currently have his best year ever on tour. Steele has played in 12 events so far this season, where he has racked up 6 Top-25’s, 3 Top-10’s and a win at the Safeway Open. It should also be noted that Steele has racked up more money (2.1M) in 12 events than he has in any other seasons on tour.

Steele has also had previous success in San Antonio. The 34-year-old has racked up 2 Top-10 finishes in 5 trips to the Valero Texas Open.

Summerhays is the perfect sleeper pick, he is someone who hasn’t played great this season but excels in this tournament – kind of like Luke Donald last week. Summerhays has played in 13 events this year, where he has missed the cut 5 times and has only recorded 1 Top-25.

But… Summerhays has played the Valero Texas Open 5 times and finished inside the Top-10 3 times, including a runner-up finish in 2014.

Varner has been very inconsistent in his sophomore year on tour. This year, Varner has played in 15 events that have included 6 missed cuts and 3 Top-25’s. Varner’s best finish came back in October at the Safeway Open – where he finished T15.

Last year, Varner went down to TPC San Antonio and had an excellent showing – T8 finish.

The College-Phenom, Beau Hossler, will be playing somewhat with home-field advantage this week. The University of Texas Alum turned pro in late 2016 and hasn’t yet hit his stride – 2 missed cuts, T49 Farmers Insurance, and T39 Shell Houston.

Hossler will eventually get his breakthrough as he knows how to get the job done – 14 Amateur wins.

Schniederjans is going to be the next rookie to win on tour, I guarantee it. After starting his rookie season with 3 straight missed cuts, Schniederjans has racked up 4 Top-10 finishes in his last 11 tournaments, including a T3 last week at the RBC Heritage.

So far 4 rookies have won on Tour this year and this very well could be the week Schniederjans captures his first PGA Tour victory.