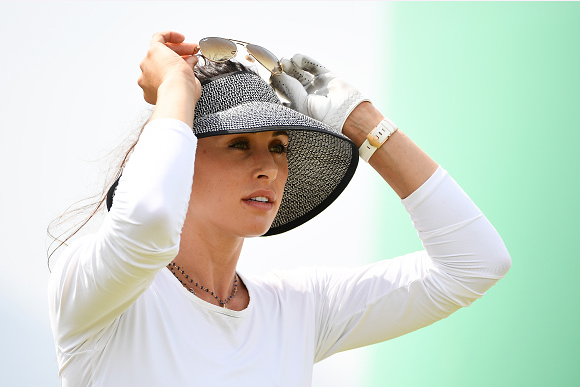 In a piece on PGATOUR.com, Mike McAllister writes about the hat worn by Russian golfer Maria Verchenova that has “turned heads” at the Olympics. The headline is, “The hat that has stolen the show in Rio.”

Now let’s be honest. The hat is the talk of the show because it’s being worn by Verchenova, a former model, who is consistently ranked on the annual “hottest golfers lists.”

It gives everyone an excuse to “talk” and write about the hot girl while pretending to be a fashion critic.

Ha) Friend of mine sent it to me yesterday? so here we go, picture been taken 2 years ago for @golfpunkhq #bikini ?

I’m not going to name names, but pick 90% of the women golfers at the Olympics and put the same hat on them, and there’s no “talk about the hat.”

In related news, Verchenova shot a 62 today, so she’s not just the pretty face in the big hat. She’s got some serious game too.