Watch out PGA Tour, Henrik Stenson is back!

The 41-year-old from Sweden reached the apex of the golf world in 2016 with an all-time great major performance with a 20-under effort at the Open Championship, the best result in an all-around incredible year that also saw him win the European Tour’s year-long Race to Dubai. 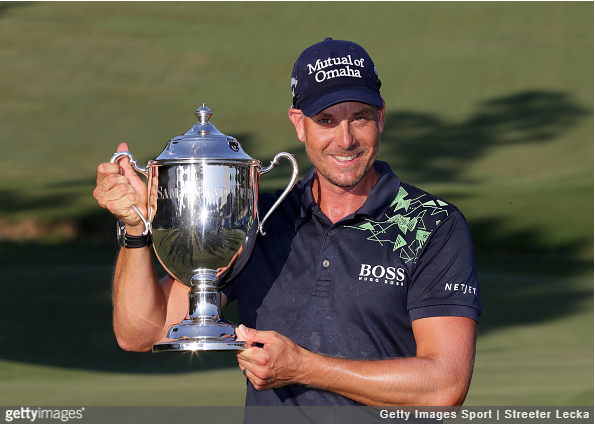 His perch proved surprisingly tenuous in 2017, however, as Stenson has not been able to maintain that form in the U.S., missing five cuts in his last nine events, dating back to mid-March, with no top 10s.

He had been trending up in his most recent tournaments, with finishes of T11, T17, and T13 in his last three events, but after setting a tournament-record of 22-under at the Wyndham Championship capped by a 6-under 64 on Sunday, the Ice Man is back in the winner’s circle and taking dead aim at the rest of the PGA Tour just one week before the FedExCup Playoffs begin. 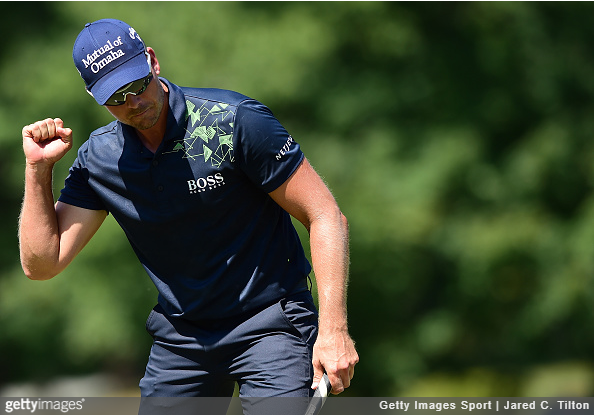 Stenson won by a single stroke over a late-charging Ollie Schneiderjans, with Webb Simpson at 18-under the only other competitor finishing fewer than five strokes from the lead. It is Stenson’s sixth career PGA Tour victory, and his first win in the U.S. since the 2013 Tour Championship.

How Stenson Did It

Stenson, playing in his first Wyndham since withdrawing from the first round in 2012, held a one-stroke lead after three rounds, and faced fierce competition early on Sunday. 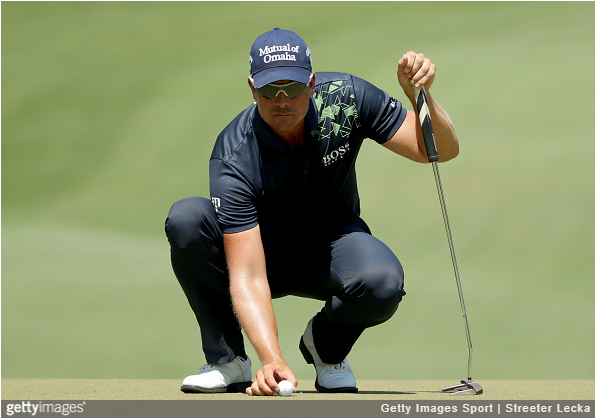 His first seven holes included four birdies and two bogeys, keeping him out front, but in a sizeable crowd. At different points on the back nine, he briefly lost his lead to Kevin Na and Ryan Armour, but in both cases, he came back quickly to tie it up.

Stenson was just 2-under on the day after 12 holes, but then exploded down the stretch, birdieing four of his next five holes, highlighted by a 27-foot putt for birdie on 17.

That final birdie putt ended up being surprisingly important, as Ollie Schneiderjans had turned on the jets a group ahead of him, and came within inches of a final-hole eagle, which would have tied the lead.

Stenson needed just a par on 18 to win, and was able to get up-and-down from just off the green to secure the victory. Stenson said after the round that he thought he had a two-stroke cushion playing the final hole.

What It Means For Stenson

Stenson, the highest-ranked player in the field at world No. 9, had emerged from a spring slump with some good finishes in big events in July and August, but had not finished in the top 10 on the PGA Tour since a T7 at the Valspar Championship in mid-March. 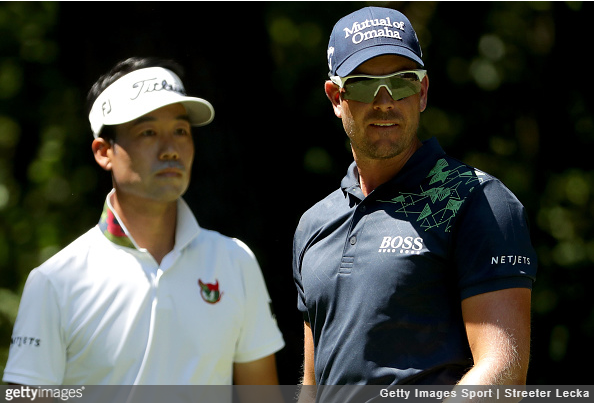 The victory gives Stenson considerable momentum heading into the FedExCup playoffs, which he won in 2013. He was 75th in the standings coming into the week, but is now 23rd, which primes him for another deep playoff run.

Ryan Armour shot the low round of the week, a 61 in round two, but a third round 72 pushed him back out of the top 10. 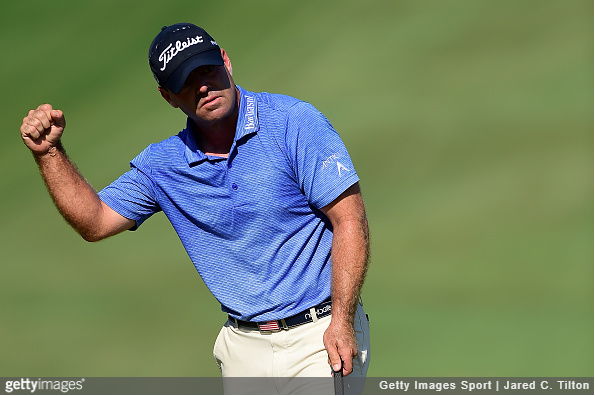 Armour looked more like his Friday self again on Sunday, shooting a 6-under 64 and posting a T4, his first top 10 since 2007.

Cameron Smith tied the low round of the day, a 7-under 63 highlighted by two eagles in his first five holes. Smith finished T7, a very nice finish considering his last six events had resulted in five missed cuts and a T65.

Roberto Castro had a six hole stretch on the front nine where he had four birdies and a hole-in-one, which allowed him to play the front nine in an unbelievable 29 strokes. His back nine was a bit of a struggle, but he was still 4-under in the final round, jumping 22 spots up the final day’s leaderboard.

The Wyndham brings a lot of excitement as the last week to accumulate FedExCup points. With the playoffs beginning next week, a lot of players are motivated to either maintain their position in the top 125 or to move into it.

In an average year, 2.6 golfers play their way into round one at the Northern Trust Open, and this year proved to be above above, as four players who began the week outside the top 125 finished north of the cutoff.

Martin Flores came into the week at No. 139 and needed a great week at Sedgefield to continue his season. He got that great result. His 7-under 63 tied the low round of day and moved Flores all the way up to 118 in the standings.

The biggest move, however, came from South African Rory Sabbatini. The six-time PGA Tour winner finished 191st last season, the first time since the FedExCup’s 2007 inception that Sabbatini was not involved. But after a final round 64, the 41-year-old is back in. 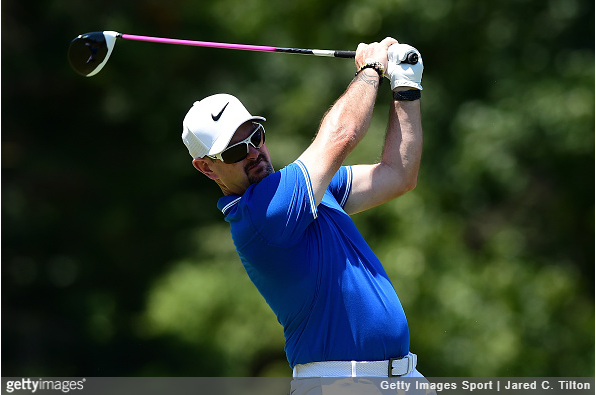 Players rarely move into the playoffs in the final week from outside the top 140, but a T4 finish jumped Sabbatini from position 148 to 122.
Harold Varner III did not play as well as Sabbatini on Sunday, and actually dropped four spots on the leaderboard with a 1-under 69, but it was good enough for a T10 for the week, which moved him from 138th to 123rd in the FDC.

The last playoff position is going to veteran J.J. Henry. Starting the week at No. 134, Henry carded a clutch birdie on the last hole to shoot a 3-under 67 and move to FDC playoff position No. 125.

Typically, going into the final week of the regular season at No. 120 in the FedExCup standings is reasonably secure to stay in the top 125 and make the playoffs. 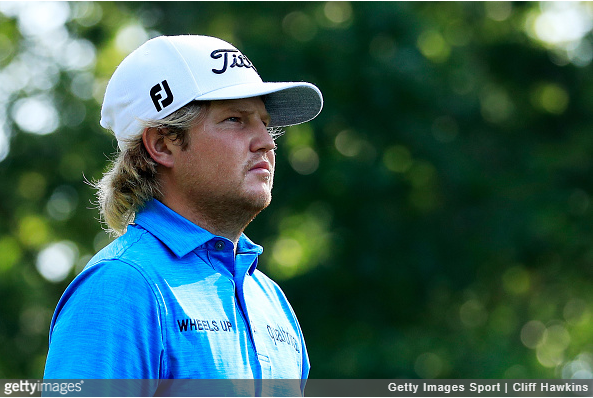 This year, Zac Blair was holding that spot at 120, and looked good after starting the Wyndham 69-68. However, a third round 73 dropped Blair into MDF territory, meaning he could not do anything to improve his position on Sunday.

After the final round carnage, Blair finished at 126 and just a single FedExCup point from the playoffs. To make matters worse, Sunday was Blair’s 27th birthday.

It is difficult to come into a tournament worse than Steven Bowditch is. The man who has completely lost his game over the past two seasons, came into Sedgefield off 21 consecutive missed cuts and had made just one cut in 26 events this season. 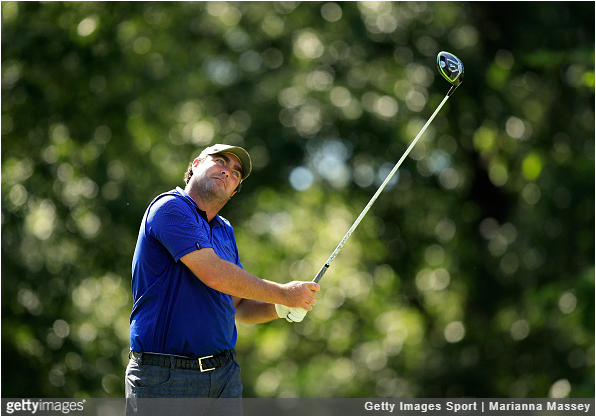 A T64 does not look impressive in a vacuum, but it was just the first time since January that Bowditch received a paycheck for his work on Tour. He should be especially encouraged by his second round 66, his lowest round of the season by two strokes.

Hunter Mahan, another player who has dropped off severely over the past two years also had his best week in a long time. An even-par final round 70 meant a T16 finish, Mahan’s highest finish since 2015. Mahan has made just ten cuts in 25 events this season.

“I didn’t hear any roars on 18, so I thought I had a two-shot cushion until I came around the corner and saw that Ollie had birdied the last as well, both 17 and 18. It pushed me all the way to the end, and it was a tight race. On the back nine, it was anyone’s tournament, but luckily I managed to put my foot down and get a few birdies on the way home.”