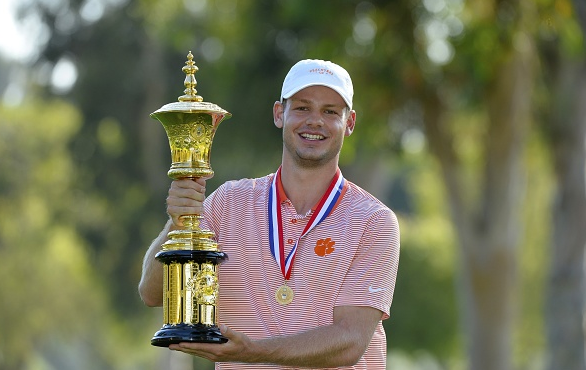 Doc Redman rallied from two holes down with two to play against Doug Ghim, and won on the first extra hole to capture the 117th edition of the United States Amateur at Riviera Country Club.

On the 35th hole, Ghim seemed to have the championship in the bag as Redman needed to make a 60-foot birdie putt to force the match to the 36th and final hole. But the 19-year old Redman did just that, making an incredible long-bomb putt to extend the match. 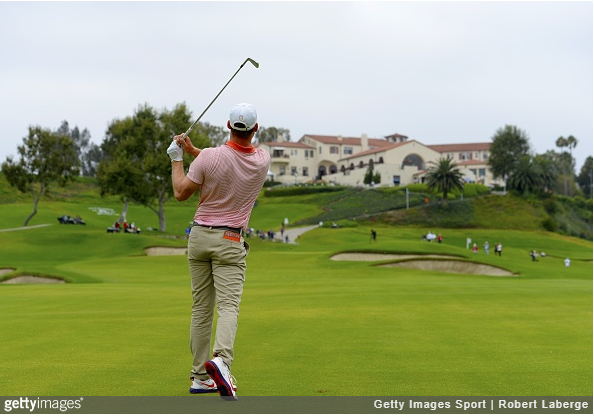 With the momentum clearly now in Redman’s corner, the Clemson sophomore birdied the 36th hole to force overtime.

Ghim, who 20 minutes earlier thought he’d forever be known as a U.S. Amateur champion, arrived at the extra hole stone-faced stunned, and proceeded to play as you’d expect – going from rough to sand, and eventually conceding after a missed bogey putt. 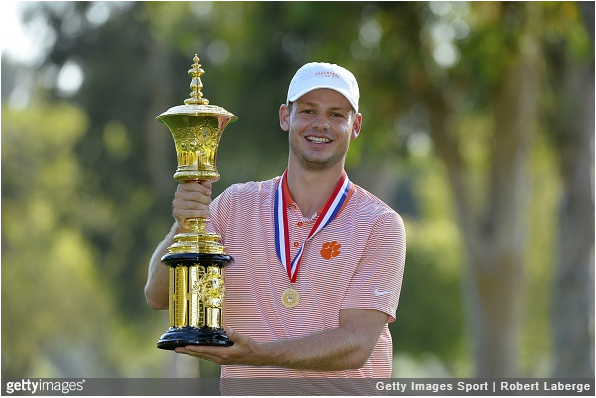 “It’s incredible to add my name to the list of all the incredible champions already, and to have conquered arguably the best field in amateur golf, and a really difficult grind, too,” Redman said. “I beat some of the best players in the world, and I hope this can vault me up into that conversation as well going forward.”

Redman and Ghim, a senior at Texas, will be teammates in the Walker Cup matches in September at Los Angeles Country Club. Additionally, Redman received an exemption into the 2018 U.S. Open and Masters, along with Ghim.