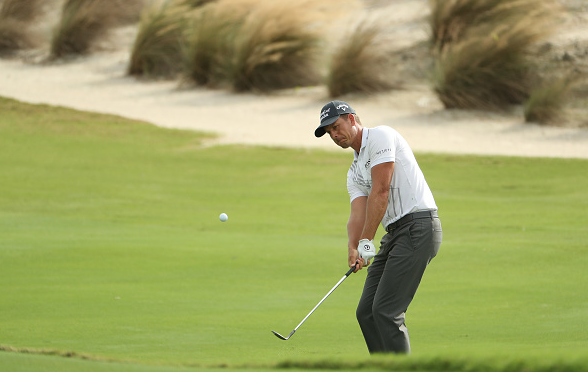 After three rounds of play at the Hero World Challenge, Hideki Matsuyama seems to be in complete control. Currently at 19-under-par, Matsuyama made quite the separation between him and the rest of the field today.

Dustin Johnson and Henrik Stenson are seven shots back after an even-par round for DJ and a 6-under 66 for Stenson.

Rounding out the top five are Brandt Snedeker and Matt Kuchar. Both find themselves 8 shots back of the lead and will need magical rounds to get to Matsuyama.

The hottest player in the world, Hideki Matsuyama, fired a 7-under 64, good enough for the round of the day and the lead. Matsuyama has won 3 of his last 4 starts with his only non-win resulting in a runner-up finish. Matsuyama seems to be in cruise control heading into Sunday, but don’t expect him to let up.

After 36 holes, Henrik Stenson sat at 6-under-par but a third round 66 moved him seven spots up the leaderboard into a share of 2nd.

Jimmy Walker struggled in his first two rounds and found himself playing alone in Round 3. However, Walker played his round in 1 hour and 57 minutes while carding a 66 to jump six spots up the board.

Bubba Watson was lights out in Round 2, firing a 63 but a sluggish Round 3 caused him to drop six spots down to T11 and out of contention. Watson scattered three birdies and four bogeys on his front nine and followed up with a birdie and a triple bogey on the closing nine.

It is no question that Hideki Matsuyama dominated the field in the third round. Matsuyama three of his first six holes to get off to a solid start and shots like this approach on the short par-4 7th definitely helped his cause.

How do you win three times in your last four starts?