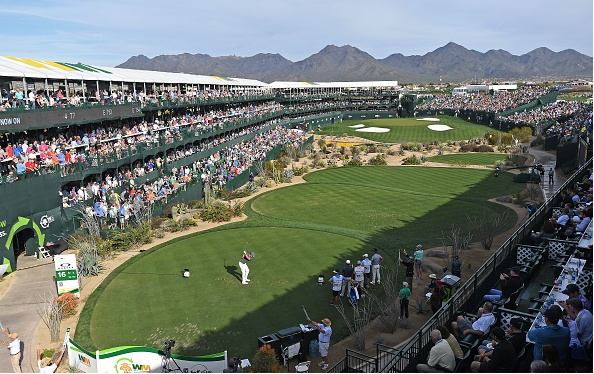 Officially known as the Coliseum in WMPO lingo – and “Thunderdome” in more casual parlance – Scottsdale’s 16th remains the only fully-enclosed hole on the PGA Tour and the trendsetter others look to emulate. 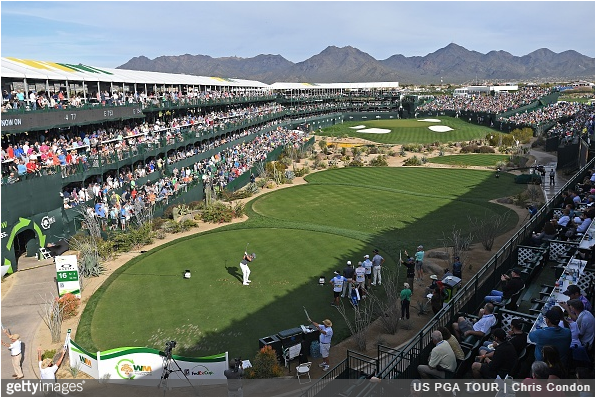 Corporate skyboxes first showed up alongside No.16 in 1992, and it was just five years later that Tiger Woods’ famous ace cemented the hole’s reputation as the rowdiest in golf. Nonetheless, it wasn’t until 2009 that No.16 was completely surrounded by grandstands.

Depending on tee and pin placement. No.16 plays anywhere from 115 to 180 yards. Bunkers guard three of the green’s four corners, plus one alongside the green’s left middle. It’s a fairly stock short iron or wedge – except for the 16,000 folks looking down ready to cheer or jeer.