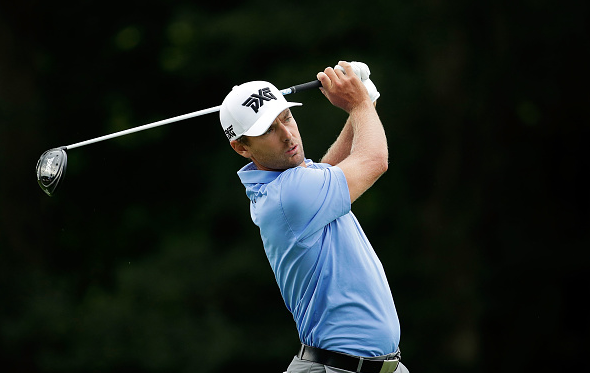 Charles Howell III and Ollie Schniederjans posted matching 8-under 63s in the opening round of the John Deere Classic and share the lead after 18 holes at TPC Deere Run.

“Here [TPC Deere Run] it’s about minimizing bogeys as much as you can and take advantage of the holes that you need to. With that said, there are still plenty of strong holes out here where you’ll take a par and run to the next one,” said Howell III.

The 24-year-old rookie Schniederjans was almost as impressive as Howell, with just a lone bogey on 18 (his ninth hole).

Two back of the lead, at 6-under 65, is a group of three players, headlined by Zach Johnson, who finished with seven birdies against just one bogey.

Johnson, a two-time major champion, and the winner of the 2012 Deere, is tied for third with Rory Sabatini, and Patrick Rodgers.

Afterwards, Johnson credited his iron play for the impressive performance.

“Shoot, I mean, I think my irons were probably the best part of my game today truthfully. A lot of good shots, solid shots. I got the ball in the fairway with my driver, but the irons were great,” commented Johnson, whose last PGA Tour win came at the 2015 British Open, nearly two years ago.

Wesley Bryan, who picked up his first PGA Tour title earlier this year at Hilton Head, is three shots back at 5-under 66, alongside Daniel Summerhays, Bryson DeChambeau, Chez Reavie, Trey Mullinax, Chad Campbell, and Brandon Hagy.

Defending champion Ryan Moore was cruising along at 1-under through 12 holes, but then ran into trouble down the stretch (bogey-par-double bogey-par-bogey-par) to finish at 3-over and T130. Bubba Watson is at 2-under 70.

Round One Video Highlights

“I’ve been feeling really about good about stuff. Maybe haven’t quite shown in the last couple weeks, but my body has been getting back in a good place. I had a little bit of a hiccup with my back. But my game also as well, being able to kind of work on that again. Had something click actually last week on Friday. I didn’t putt good, but I hit it nice and I felt really good about things heading into this week.”
–Ollie Schniederjans, John Deere Classic co-leader after round one