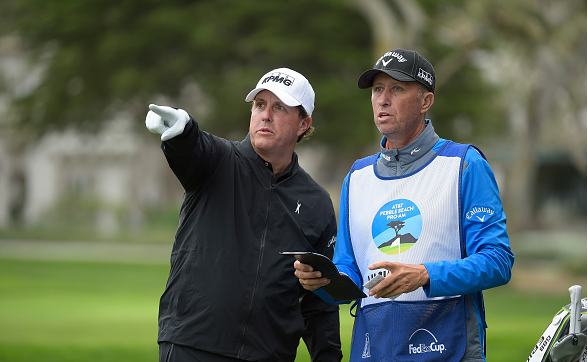 Yesterday’s round was filled with rain and winds, which eventually caused Round 1 to get postponed. There weren’t many highlights from yesterday due to the tough playing conditions, however, Mickelson found a way to excite the viewers by his perfect bunker shot at the par-5 6th.

Mickelson finished his round at 2-under 70 and tied for fifth.