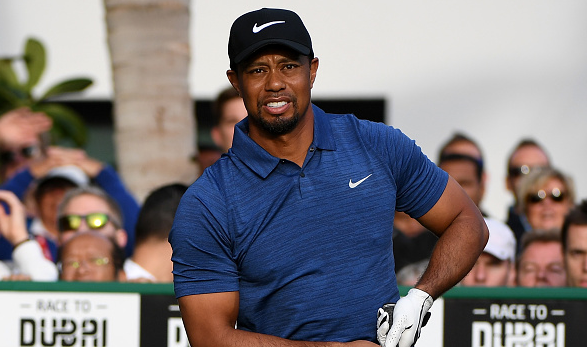 Tiger Woods announced what everyone in golf already knew. The former world #1 will not be teeing it up for the next two weeks due to ongoing “back spasms.”

Woods posted a statement to his website that confirmed he’s pulling out of next week’s Genesis Open at Riviera, as well as the Honda Classic at PGA National the following week.

“My doctors have advised me not to play the next two weeks to continue my treatment and to let my back calm down,” Woods said. “This is not what I was hoping for or expecting.”

According the statement, Woods still plans to be at Riviera to support the tournament, which is hosted by the Tiger Woods Foundation.

Woods did not state when he planned to play next, but reports say he may be shooting for the Arnold Palmer Invitational at Bay Hill in mid March.