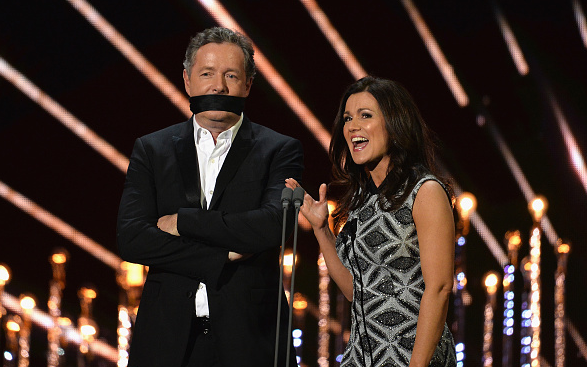 Piers Morgan is known to mix it up on Twitter. The Brit is mostly in the news related to his acerbic take on politics and popular culture, but recently the former CNN host made news for his a tweet about golf.

As Breitbart News reported, while most American sports fans are focused on NFL free agency and March Madness brackets, the big story with the REST OF THE WORLD was “the unbelievable collapse of Paris Saint-Germain in the Champions League Round of 16 game against Barcelona.”

For some reason, Morgan used Greg Norman’s collapses in golf majors as an analogy to the Paris Saint-Germain’s choke job. FWIW: Morgan is a self-professed golf addict who reportedly played to about an 18-handicap in 2012, and is now a 16 cap.

I do. 18-handicap. RT @dtsinclair All this tweeting about the Ryder cup, does @piersmorgan actually play golf? #TeamEurope

Greg Norman must be happy.
No longer the biggest choker in sports history. #PSG

The responses to Morgan on Twitter were overwhelming with much of the sentiment calling his tweet unfair – given that Norman has won two majors, and was ranked number one in the world for 331 weeks. Others wondered why he didn’t use Jordan Spieth’s more recent collapse at Augusta (if he wanted to use golf). Or as Golf Digest suggested, a more relevant analogy would have been the Atlanta Falcons loss in Super Bowl 51 (team sport, more recent, more watched, even called football).