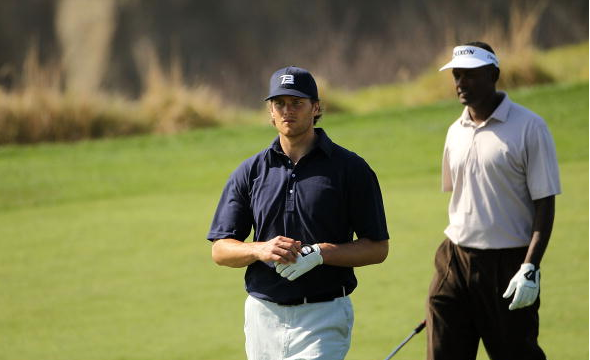 Prior to The Masters, five-time major winner Phil Mickelson played a practice round at Augusta with another five-time winner, Tom Brady, who in February won his fifth (yes, FIFTH!) Super Bowl Championship.

At the Dean & DeLuca Invitational, which Phil is playing for the first time since 2010, Mickelson elaborated on a conversation the two had, saying that Brady offered advice to help him with his club speed.

“Sean Cochran (Mickelson’s trainer) and myself, been doing it for a few years. I think they’ve been refined over the years. I think Tom has really refined it and applied it to other sports other than baseball and other than just throwing, to golf.”
–Phil Mickelson on the “overload, underload” technique