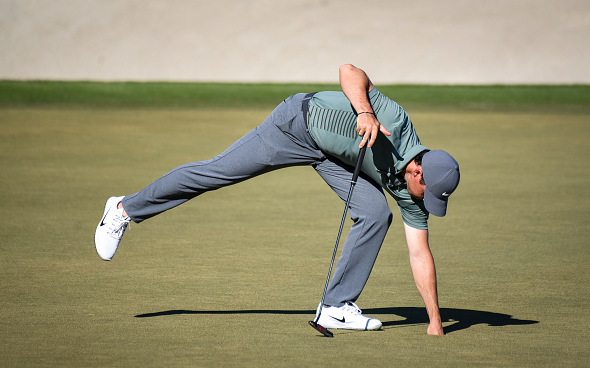 Rory McIlroy shot a third-round 67, capped off by a birdie on the 18th hole. As McIlroy was hitting his approach shot alongside the Bathtub, NBC’s acerbic analyst Johnny Miller chimes in and says something along the lines that ‘sure Rors hits it a mile but is crap around the greens.’

As Miller was finishing his zinger, though, McIlroy’s ball lands about 2 feet from the pin (for a tap-in birdie), with Miller’s colleague Dan Hicks saying, “You sure he wasn’t listening to you!?”