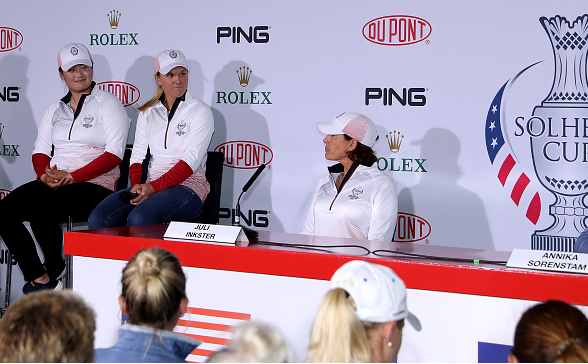 United States captain Juli Inkster opted for a blend of youthful energy and impressive form this season in announcing Austin Ernst and Angel Yin as her two picks for the 2017 Solheim Cup team, shortly after the conclusion of the Ricoh Women’s British Open on Sunday. 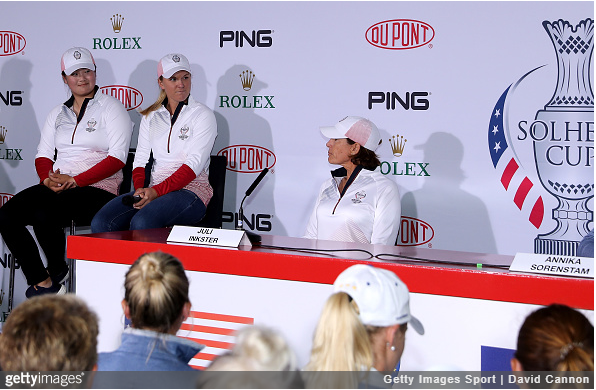 The addition of the 25-year-old Ernst and Yin, aged just 18, as Cup debutants rounded out a powerful 12-player squad under Inkster’s charge that includes four veterans with at least four previous appearances, and three rookies.

The 2017 Solheim Cup will be played at Des Moines Golf and Country Club in West Des Moines, Iowa from Aug. 18-20

Four other players – Michelle Wie, Brittany Lang, Brittany Lincicome and Lizette Salas – booked their places on the team earlier on Sunday, Wie and Lang as the last two automatic qualifiers and Lincicome and Salas via the Rolex Rankings.

Ernst, who narrowly missed out on making the 2015 Solheim Cup team, drew Inkster’s attention by recording three top-10s on the 2017 LPGA Tour, including a tie for second at the Kia Classic.

The long-hitting Yin has also posted three top-10s during her rookie LPGA season and produced impressive form at Kingsbarns, where she was in contention heading into the final round before finishing in a tie for 11th.

“I don’t know if there’s ever been so many people in the running for two captain’s picks,” said Inkster. “I could have gone a lot of different ways. I went with kind of with my gut, who I thought deserved a chance to play.

“Austin Ernst went to LSU, 25 years old. Been a good player. Has won once. She’s consistent. She’s a really good ball-striker. Hits a lot of greens. I just felt last time (in 2015), she was just on the outside looking in and I had to tell her no. This year, she was the same kind of outside looking in. I just felt she deserved a chance to see what she can do.

“Angel, an 18-year-old from California … she played a little bit on the LET last year. Kind of got her feet wet. Came over here and has played well. She’s a big hitter. Sometimes she misses a lot of fairways but she’s got a good short game and she’s a good iron player, and she’s fearless. If there’s that right pin, she’s going for it.”

“I have a great veteran core crew with Cristie Kerr, Stacy Lewis and Michelle Wie,” said Inkster. “They are leaders. They don’t have to be rah-rah, but they just lead with their actions, getting everybody organized, getting everybody where they are supposed to be. I rely heavy on them.”

With The Solheim Cup returning to U.S. soil this year, Team USA will try to retain the trophy in front of their home fans after staging the biggest come-from-behind victory in the event’s history to beat Europe 14.5-13.5 at Golf Club St. Leon-Rot in Baden-Wurttemberg, Germany in 2015.

The U.S. have won nine of the 14 previous editions of The Solheim Cup, including four of the last six.

The Starter: Shot Clocks and Shaving Cream, Plus Bryson, Ariya, Tiger, and Whatnot

LPGA 2018: Americans Off To Strong Start