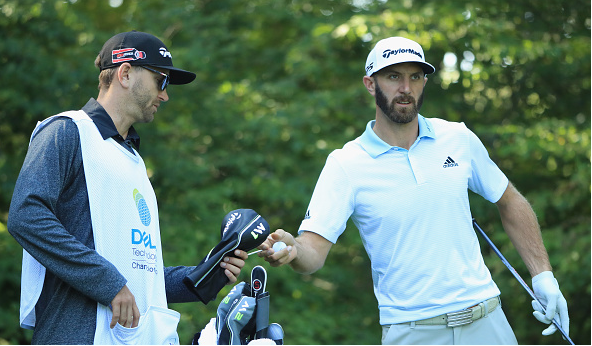 After winning the other Dell event on the schedule: the WGC-Dell Technologies Match Play in March, his third consecutive start with a victory, world No. 1 Dustin Johnson first moved into pole position on the FedExCup standings. 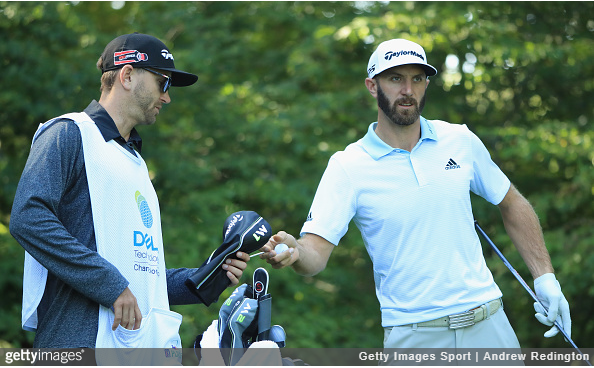 Johnson went on to hold that top position for three months, dropping out when Jordan Spieth jumped him after winning the Travelers Championship in late June.

The 33-year old recaptured it last Sunday with his win at The Northern Trust.

Now people are wondering: is DJ “back”?

For a time early in the year the Tour became “Dustin Johnson and everyone else.” He was that good in his 3, 1, 1, 1 stretch from early February to late March. Not that winning was something new for Johnson, as he had 12 of them in his career coming into 2017, but in that stretch, he was showing a different level of dominance, and having finally got the major monkey off his back at the 2016 U.S. Open, the potential seemed limitless.

Unfortunately for DJ, one uncoordinated step on the stairs of his Augusta rental home, reduced him back to a mortal. He missed the cut at both the U.S. Open and Open Championship, and the rest of his May-July starts were in the “good, but not great” category. 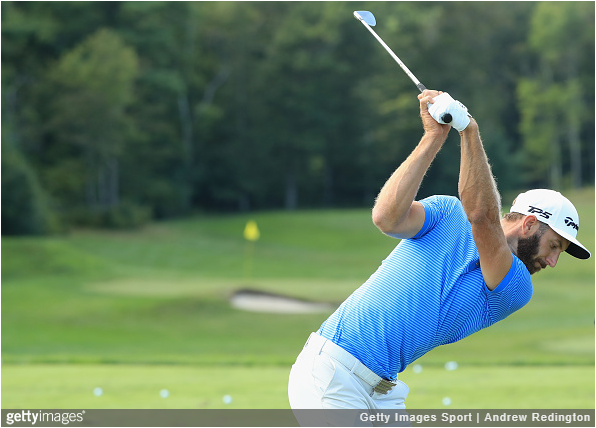 “I was playing so well leading into Augusta. Obviously when I slipped and fell and hurt my back, it’s been a struggle to get back to where I belong and where I feel like I should be, which is contending in golf tournaments and playing really good golf,” Johnson explained after his win in New York.

He had shown some signs coming into the playoffs, as he was on a T8, T17, T13 streak, but even in that T8, he was playing against a comparatively weak field at the RBC Canadian Open and couldn’t make a move in round four until he was already out of the mix. His final round 67 was more cosmetic than anything else.

But now, it is round two of the playoffs, and Johnson just took down Jordan Spieth in a playoff. He said after his round that he feels like he is back to where he was before the incident at The Masters.

“I feel like the game is finally back in form like it was leading into the Masters. I feel like I’m swinging everything really well. Got a lot of control over the golf ball,” said Johnson. “I’m feeling really good. Obviously getting the win here today gives me a lot of confidence going into next week and the rest of the Playoffs.

Is he really back? This week in Boston should tell a lot. If he plays like that again, it becomes a trend.