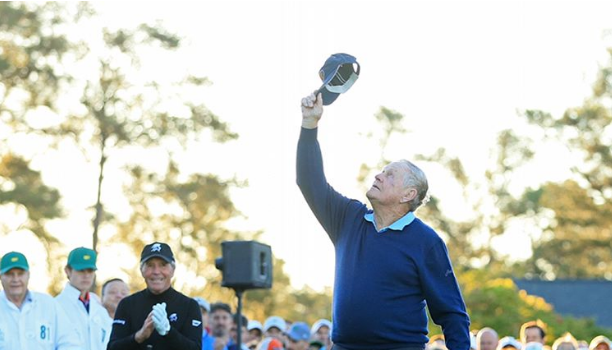 With the close of the opening round’s morning session, here’s what happened, and where we stand at around 1:30 ET on Thursday.

To kick off the 81st edition of the Masters at Augusta National, Chairman Billy Payne walked out with Kit Gawthorp, Palmer’s wife, and placed Arnold Palmer’s green jacket on a chair on the first tee. Payne then introduced Jack Nicklaus and Gary Player to hit the ceremonial tee shots.

And just like that the 81st edition of the Masters was off and running.

Jack and Gary were very emotional during the morning tribute to their friend.

A Slideshow For The King

1.) Jack giving Arnie a tip of the cap; 2.) Payne laying out Arnie’s jacket, and 3.) a tearful Jack.
(Tip: Hover mouse to mid-right edge of photo to activate arrow.)

You are missed, Arnie. #theMasters

Mapping Out The Day

The pin placements for round one were posted. They will be much more challenging on Sunday. 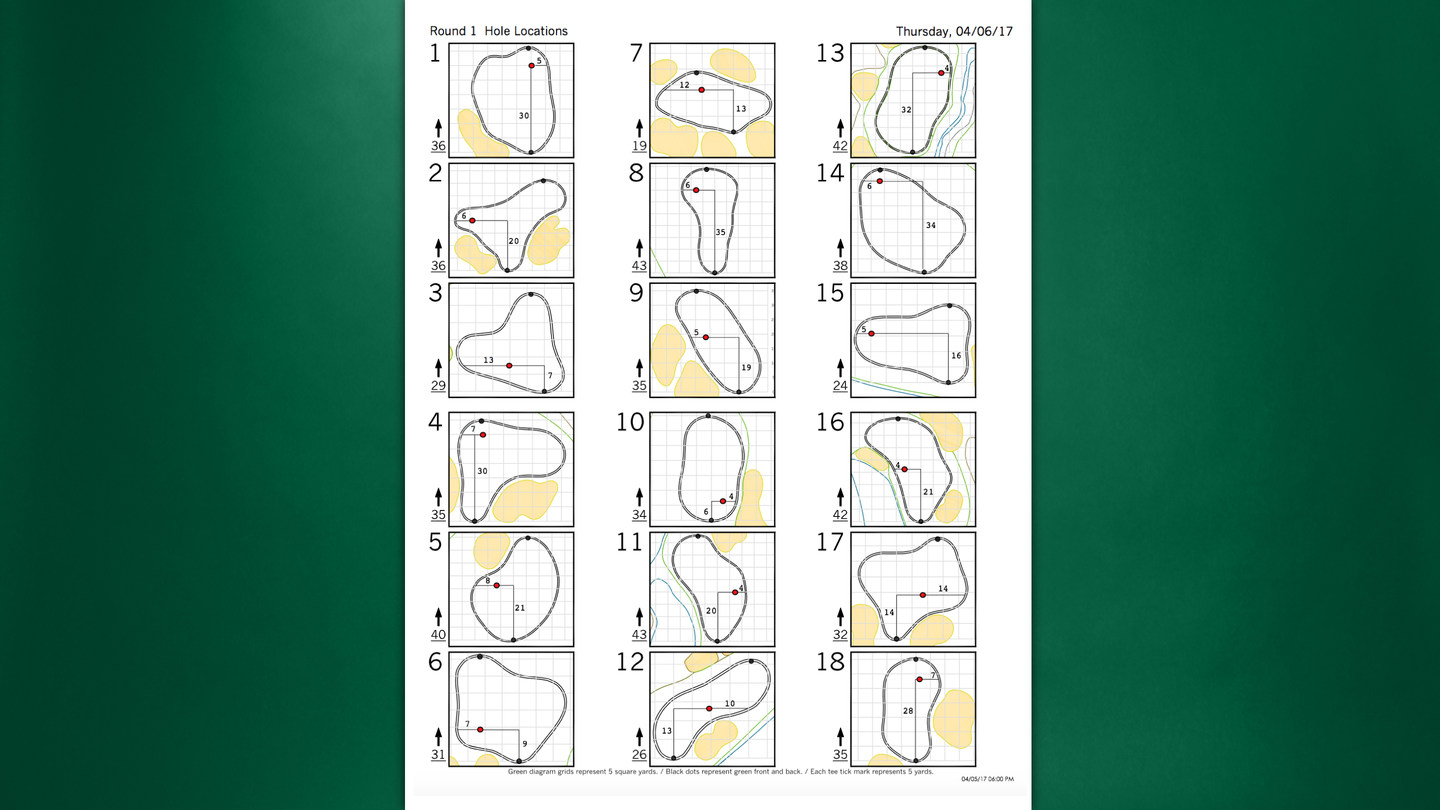 The 2016 Masters champion Danny Willett was taped driving in to defend his title.

A Couple Of Nice Shots To Start Day

Germany’s Martin Kaymer holes out for an eagle on hole No. 2.

Canada’s Adam Hadwin uses a hybrid to chip in for birdie on the 4th hole.

Watch @ahadwingolf hole out for birdie with his hybrid from behind No. 4 green. #themasters pic.twitter.com/342BPGkv0c

Last week’s winner in Houston, Russell Henley, shot an impressive 1-under and is the leader in the clubhouse.

Out in the first group of the day, @russhenleygolf posted a 1-under 71 in difficult scoring conditions. #themasters pic.twitter.com/lHfb176qor

Watch the highlights from early in the first round of #themasters. pic.twitter.com/CAMOnkkdMr