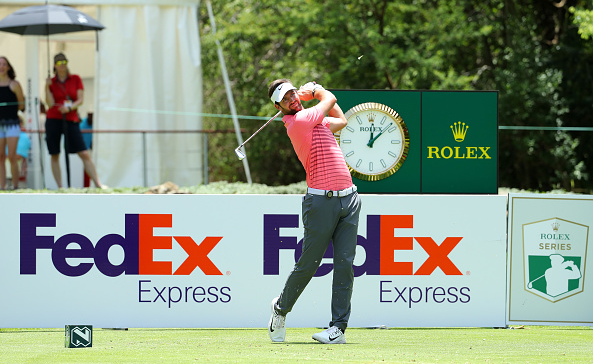 Scott Jamieson fired a third-round 5-under 67 at Gary Player Country Club and will take a one-shot lead into Sunday’s final round of the Nedbank Golf Challenge. 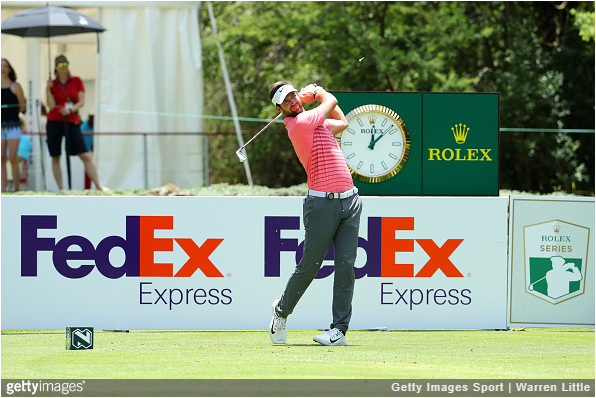 The Augusta State (GA) product signed a clean scorecard showing five circled birdies, highlighted by back to backs on 13 and 14, which moved the 33-year old Scot to the top spot for the first time.

With just one career win on his resume – the 2012 Nelson Mandela Championship, Jamieson is understandably excited for the challenge.

“It would be the biggest moment of my career, I’ll be well aware of that tomorrow. I’ve got to see if I can step up to the challenge,” said Jamieson.

Second-round leader Victor Dubuisson (71) is one back at 7 under, following an up and down round of four birdies and three bogeys.

A pair of the tournament’s bigger names – Branden Grace (68) of South Africa, and Germany’s Martin Kaymer (69) – are T3, and just three off the lead at 5 under.

Francesco Molinari fired a bogey-free 65, the day’s low round, to move 38 spots up the leaderboard to T5. The Italian is 3 under, alongside South African Haydn Porteous (67).

Charl Schwartzel doubled the final hole to finish at even-par 72. The South African star is among a group of seven players at T7, including compatriot Louis Oosthuizen (70), and a trio of Englishmen – Race to Dubai leader Tommy Fleetwood (67), Lee Westwood (74), and Ross Fisher (73).

Defending champion Alex Noren started the day T4, just three off the lead. But following a third-round 75, the Swede tumbled 18 positions down the leaderboard, landing at even-par T22, and ending any hope for a repeat in Sun City.

SHOT OF THE DAY: MARTIN KAYMER

“It’s exciting. I’m in a good position, tomorrow will be a new challenge. Still an awful long way to go but if I can do what I did today, I’ll be in with a good shout.”
–Scott Jamieson, Third-Round Leader

A look at the scores after three rounds of play at the Nedbank Golf Challenge at Gary Player Country Club in Sun City, South Africa.