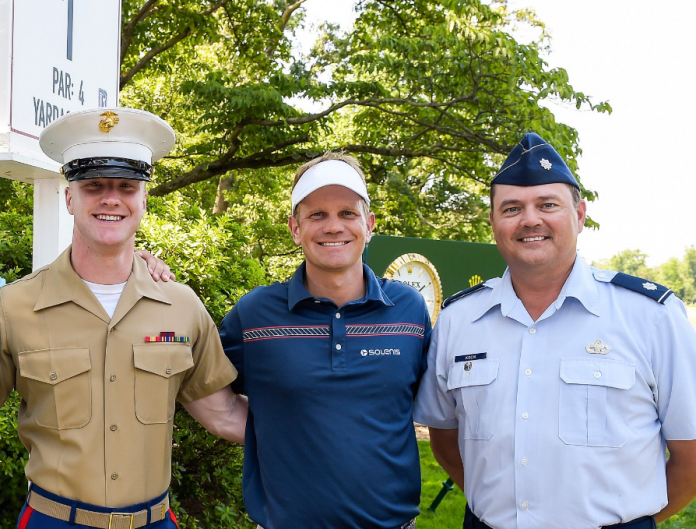 On Veteran’s Day, many from the pro golf tours tweeted a note of thanks and appreciation to America’s #Veterans, including Billy Hurley III, a Navy veteran, and Tiger Woods, whose father, Earl, served two combat tours in Vietnam.

(Notably absent is the PGA Tour. As of 11:30 AM EST, there is no mention on any of their (three primary) social channels. Probably too busy planning which emojis to use today.)

Happy Veterans Day to the men & women, including my Pop, who selflessly served our great country and gave us our freedom. #VeteransDay

From the only #veteran on @PGATOUR Happy Veterans Day and a heartfelt THANK YOU to all that have served or are serving our great country. pic.twitter.com/Bcx1z4uViL

We don't know them all but we owe them all! ?????? Without them we would not be here! ??#RESPECT #USA #MERICA #ThankYouForYourService pic.twitter.com/QWWUN7P4pg

Home of the free because of the brave. Thank you veterans and those who serve today. You should be thanked every day. pic.twitter.com/TlUfQMynUV

Lest we forget
"They shall grow not old,
as we that are left to grow old;
Age shall not weary them,
nor the years condemn,
At the going down of the sun
and in the morning,
We will remember them" pic.twitter.com/BhrVTaw2j6

#WheelsUp would like to say Thank You to the brave men and women for their sacrifice and service for our country! ?? #VeteransDay pic.twitter.com/BUTUjijW6x

Today, and every day, we salute the brave men and women who have proudly served our country. #VeteransDay pic.twitter.com/aZ8YavidGv

Thank you very much to all the men and women who have sacrificed so much for the rest us to be… https://t.co/hidHMGQl10