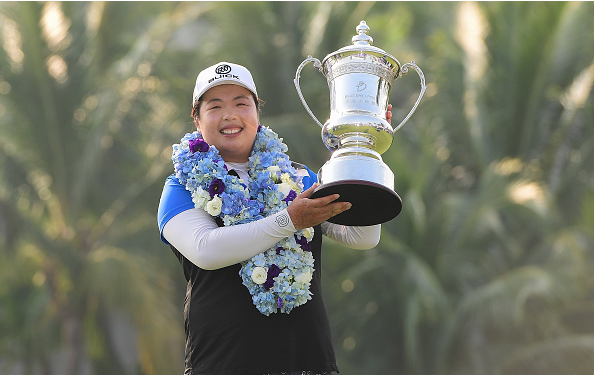 Shanshan Feng posted a final-round 2-under 70 to capture the Blue Bay LPGA, and become the first golfer to go back-to-back in 2017.

With two wins in as many weeks, Feng is projected to be No. 1 when the Rolex Rankings are published on Monday. It will mark the first time a Chinese golfer – male or female – is ranked in the top spot. 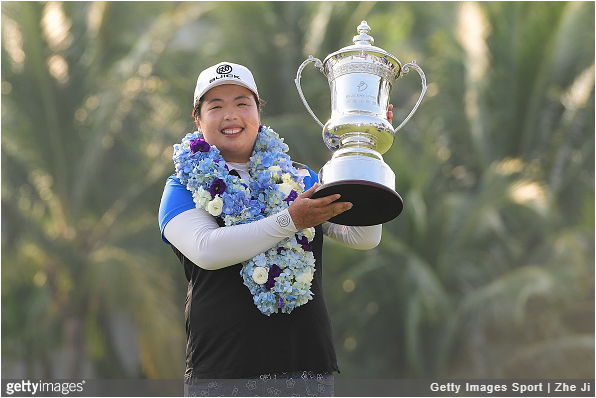 “I’m really, really excited and very proud of myself and I think it’s special because I won this tournament to become world No. 1. I finished first in China, so I actually claimed the world No. 1 in front of all the people at home,” said a smiling Feng. “I’m really happy about that, and I hope all the Chinese are going to be watching me and the Chinese can play golf. Hopefully there will be more Chinese getting on the tours and more world No. 1’s coming up from China.”

Paired with Moriya Jutanugarn in the day’s final group, Feng turned at 35, and was one-shot down to the 23-year old Thai, who went out 3-under. But after birdies on 11 and 13, coupled with a 13-hole bogey by Jutanugarn, the 28-year old Chinese star went one up, and never relinquished the lead again.

After Jutanugarn’s birdie attempt on the 18th lipped out, Feng had a one-stroke victory and her second-straight LPGA title.

“I was not trying to watch because I know that even I hope that she would make it. Then, I mean, after, even though she made it, I still have to make my par putt, so I tried not to watch her,” said Feng. “But I mean, she just missed it and now I’ve got a trophy in my hand.”

A group of four golfers finished T4 at 4 under, headlined by Sung Hyun Park – whose reign as world No. 1 is projected to come to an end after just one week. Others tied with Park, include 36-hole leader Ashleigh Buhai of South Africa, along with Americans Megan Khang and Jessica Korda.

With three wins on the season, Feng joins IK Kim as the only players with a trio of trophies in 2017.

The Top 10 and ties after the final round of the Blue Bay LPGA.

A look at the final-round highlights of winner Shanshan Feng.

.@shanshanfengCHN captures her 2nd victory of the Asia swing in her home country! ??

“I would like to thank so many people, but of course, my title sponsor, and all my other sponsors, my team, IMG, my parents, my caddie — well, Mercer is at home. I think he’s watching TV right now. But Mercer, I felt like you were with me and you will be putting on that world No. 1 bib next week.”
–Shanshan Feng, 2017 Blue Bay LPGA Champion