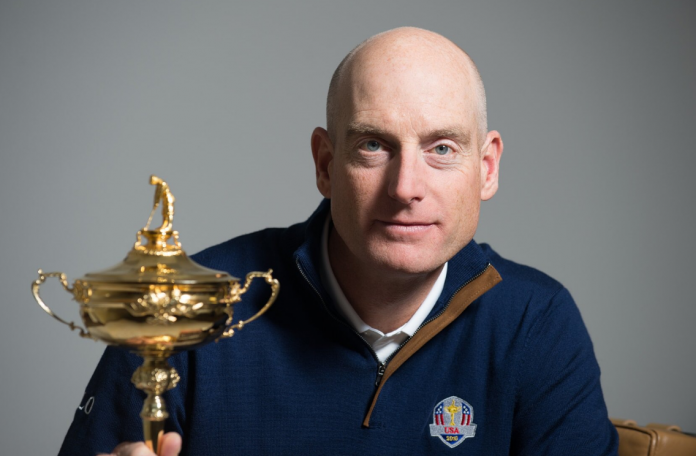 Am I shocked? No. Am I thrilled? Yes.

Furyk deserved this role for so many reasons. Many will look at his record of 10-20-4 – but that doesn’t matter. Furyk has a job of bringing twelve guys together and pushing them all towards the same goal.

“My main focus and what I’m really interested in right now is being a captain,” said Furyk. “I mean, worrying about points and where my game is really putting the cart before the horse in my opinion. My main goal is to focus on being the best possible captain I can, to try to get the best 12 players possible on this USA team and to provide that atmosphere to let them succeed; to basically carry out the plan that the Ryder Cup Committee set up and that Davis so skillfully did.”

‘Mr. 58‘ was a vice-captain under Davis Love III last year at Hazeltine, and he showed many qualities that prove he is the right fit for 2018.

Furyk is a veteran and one of the most respected players on Tour who has 9 Ryder Cup appearances that include two wins (1999 and 2008). He’s also a proven winner on the PGA Tour with 17 titles including the U.S. Open in 2003.

After excelling in the vice-captain role, and helping USA bring home the Cup in 2016, Furyk was quickly and unanimously chosen to be the 2018 Captain for the matches in Paris.

Thomas Bjørn, the Frenchman, and European Ryder Cup Captain, said: “I am delighted to offer my congratulations to Jim Furyk on being appointed captain of the United States Ryder Cup team for 2018.”

I couldn’t be more excited for this selection. It’s well deserved.

PGA of America CEO Pete Bevacqua tells me the committee vote to name Jim Furyk as Ryder Cup captain was "quick and unanimous."

Furyk seemed excited and honored to accept the captaincy, even joining Twitter for the big announcement. The year 2018 can’t come fast enough.

Incredibly honored to be the 2018 @RyderCupUSA Captain. Really looking forward to the next two years and the journey to Paris! #GoUSA pic.twitter.com/khlVZzxpA5