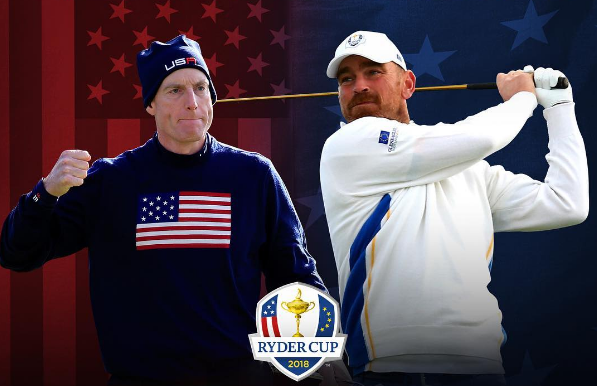 The U.S. Ryder Cup team for 2018 has its captain, as the PGA of America announced that Jim Furyk will lead the Americans into Paris for the 2018 Matches.

It was not much of a surprise, since the rumors were dropping back in November.

If asked, Jim Furyk would be honored to be Ryder Cup captain https://t.co/eSFXUFpw9c pic.twitter.com/xyXbz5ZitG

Here’s a roundup of some of the posts on social media.

The official photo release from the PGA of America.

The European Team send along their best.

“I have known Jim for many years and as well as being a worthy opponent and a tremendous competitor, I know he shares my passion for The Ryder Cup which ensures it will be a fantastic contest when our respective teams meet at Le Golf National in 20 months’ time.”⠀ @MrTBjorn

Golf Channel promotes his 58 and recent success as a vice-captain.

Call him Jim. Call him Mr. 58. Call him captain! The next man to lead the United States in the #RyderCup will be 9-time team member Jim Furyk.

The PGA Tour posts a nice lookback photo of Furyk and his wife at Hazeltine.

The Captains are set.

See you in Paris Jim…