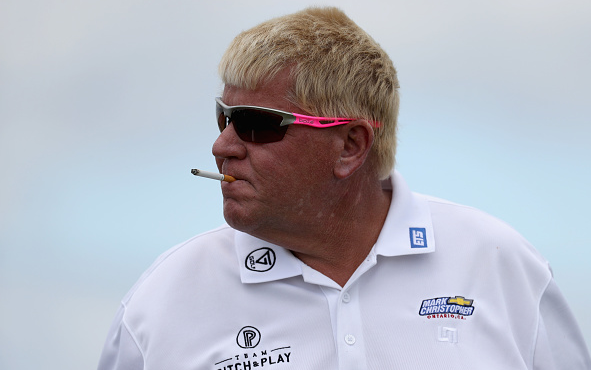 It has been a tough year for the most popular players in golf, in regards to physically being able to tee it up at the majors.

Tiger Woods missed both The Masters and U.S. Open, and is likely to be miss the next two as well; Phil Mickelson was absent for the U.S. Open; Dustin Johnson was an 11th hour scratch at Augusta; and now the Senior U.S. Open is going to have to commence without their biggest draw, John Daly.

The immensely popular 51-year-old withdrew from the tournament on Monday, citing a nagging shoulder injury which will cost him his chance for his first major victory since 1994.

“Sad to miss ‪@amfamchamp –dealing w/Impingement Syndrome, shoulder not ready per drs orders. Been working all wk on it & hope to be bk soon!”
–John Daly, via Twitter