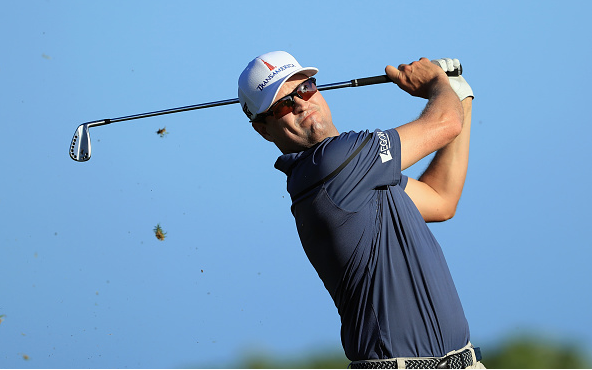 Zach Johnson and Chris Kirk fired matching 7-under 63s in the opening round of the Sony Open, and share a one-shot lead after 18 holes at Waialae Country Club. 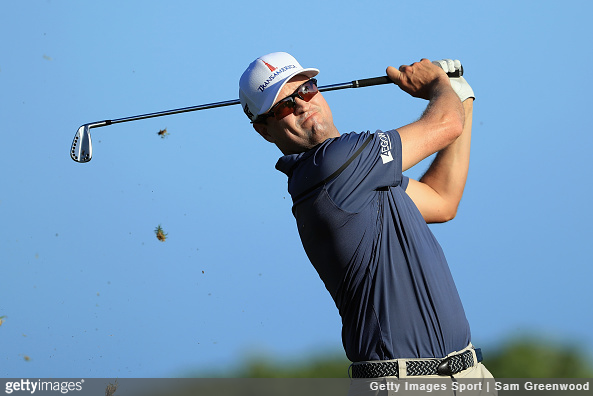 The two veterans, Johnson and Kirk, each signed for bogey-free cards, which included seven birdies, en route to the low-rounds of the day in Honolulu.

Johnson, the winner of the 2009 Sony Open, got off to a perfect start with three straight birdies, giving the two-time major champion the “momentum” he needed after a long layoff.

“I guess, the start you visualize, right? I mean, I put myself in position to make birdies. I mean, I made a putt on 3 that you probably don’t expect, but it was whatever it was, 22 feet probably. But I hit good shots on 1 and 2. That was good momentum,” said Johnson, who finished T8 in his last start (RSM Classic).

“And then after that, I think I missed two greens, missed a couple fairways, nothing significant. Just kept the course in front of me and played solid golf, missed it on the proper side. You know, made a few putts, missed a few putts. But I’m very encouraged with the direction.”

Kirk, who also hadn’t played since the RSM Classic, said he felt confident as the round progressed, which included four birdies over his final six holes (Nos. 13, 15, 16, 18).

“I played golf a few times last week, but before that, not many times. I went to play, and I pulled out some golf balls that were still marked from the final round of RSM. So I didn’t play much at home. I did a few times, but not a whole lot,” said Kirk, who finished T4 at the RSM.

“My swing kind of felt better and better as I went. Still felt a little rusty from not playing a whole lot of golf since the RSM tournament last year. Felt more and more comfortable and made better and better swings as the round went on.”

Brian Harman leads a group of four players tied at 6-under 64. The Georgia Bulldog, who finished solo-third last week at Kapalua, posted a round which included eight birdies against two bogeys, and like Kirk and Johnson, two of those red numbers came at Nos. 9 and 18.

In a post-round interview, Harman credited his temperament and maturity for his impressive play of late, which has included four straight top 10s, three of those being top 5s.

“Obviously, playing well helps, but I guess, after you’re out here for a while and you’ve played bad plenty of times, it’s just not that big of a deal when it happens, you know what I mean? I think getting upset out there is just because you’re so scared of playing bad,” said Harman who is currently ranked 6th in the 2018 U.S. Ryder Cup standings.

“I don’t know. Maybe I’m just a little older. Maybe I don’t want my daughter to see me throwing clubs around.”

Defending champion Justin Thomas shot a bogey-free 3-under 67 and headlines a group of 21 players at T20. The field’s other marquee player, Jordan Spieth, struggled to a 1-under 69, and is six shots back at T65.

Two-time Sony winner Jimmy Walker, who has been battling Lyme Disease, shot 4-over 74, and at T136 will need to go real low on Friday to make the weekend.

Video highlights of the first round of the 2018 Sony Open via the not-for-profit PGA Tour.

I am one that likes to prepare. But I got here Friday, and I touched a golf club Saturday through Wednesday. Saturday was awful. It was about a two-hour session, and it was probably — or three-hour session. It was at least two hours too many because I was not right.”
– Zach Johnson

Zach Johnson WDs From The Open After Positive COVID Test