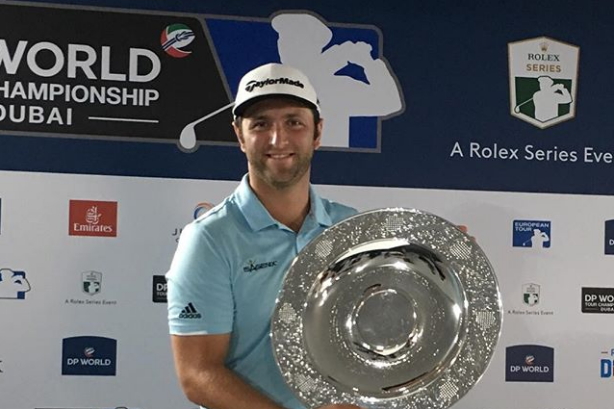 Jon Rahm was named the 2017 Sir Henry Cotton Rookie of the Year by the European Tour following a breakthrough season which included a record-breaking win at the Dubai Duty Free Irish Open in July.

The current World No. 5, who is No. 4 in the Race to Dubai standings, received the award from Keith Pelley, the European Tour’s Chief Executive, ahead of the season-ending DP World Tour Championship, Dubai.

“I’m very honored to be named European Tour’s 2017 Henry Cotton Rookie of the Year. What a year it’s been. Thank You to everyone who has been along for the ride. Amped to finish 2017 with a bang this week, and looking forward to what 2018 May bring,” wrote Rahm on social media.