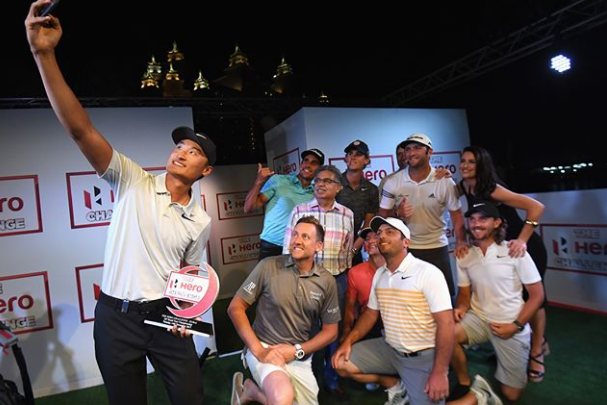 Streamed live on Twitter, and broadcast on Sky Sports, the Dubai “challenge” had players competing in a target competition to a floating green off the Nasimi Beach at The Palm Resort.

Haotong beat Rahm in the quarterfinals, then edged Pieters in the semis, and finally topped Noren in the finals.