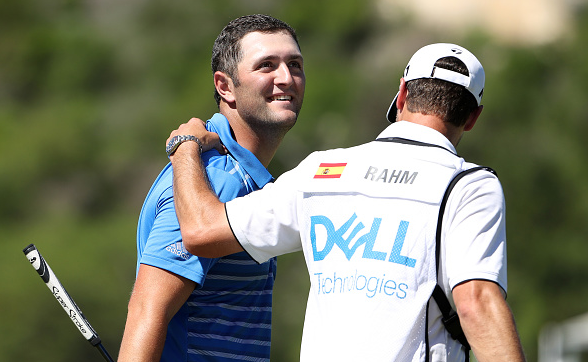 The golf world was shocked on Tuesday at the news that Phil Mickelson and his long-time caddy Jim “Bones” MacKay have ended their much-revered 25-year partnership.

Just 52 years of age, MacKay is not yet ready to hang up his bib, and speculation was rampant that he might begin working with a different Arizona State super-product, world No. 11 Jon Rahm.

Rahm took to social media to shoot down those rumors, which he perceived as “unfair,” and offered public praise of his current caddy, Adam Hayes.

Regarding the news today: @caddieadam is my caddie and will absolutely still be my caddie! pic.twitter.com/IOjxXbvtP3

“The rumor about me and Bones is both really unfair and untrue. I love the relationship with my caddie, Adam Hayes. He’s a great guy, we work well together. There’s no way I would ever change it.”
–Jon Rahm